How to grow your very own garden medicine cabinet

The other day I spent an hour browsing the seed stands in my local garden centre. With the herbs and flowers in my garden slowly fading into Autumn, I was intent on finding some inspiration for next years growing season. This year my asters were simply stunning, even now adorning the garden in a frothy purple haze, perfection when teamed with the russet tones of the Japanese maples. My Nasturtiums, all self seeded from previous years seed, climbed up the structure of the glass house and even escaped out of an open window at the top, giving me a bumper crop of edible flowers and seeds for pickling.
As I wandered amongst the stands of seeds, contemplating edibles, colour and texture, my eye kept being drawn to plant packets which had medicinal qualities.  While I have many varieties of the obvious medicinal herbs and plants in the garden and in the landscape surrounding my home-from garden herbs to wildflowers- I decided  that I would love to place more importance on choosing some new perennials with medicinal properties for the garden for next year. 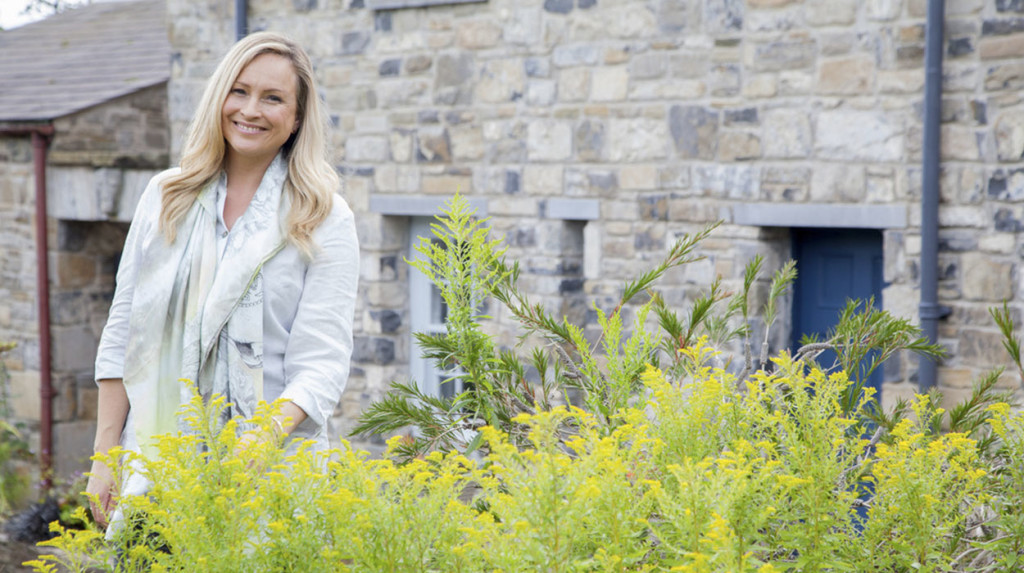 The all rounders
Most people know that asides from their benefits in the kitchen, herbs like oregano, thyme, sage, peppermint, lemon balm and rosemary have potent medicinal properties.  It is likely that if you have even a few herbs in your garden then you have a ready to go cure for colds and sore throats ready to go, even if you didn’t know it. By brewing a tea with three herbs such as thyme, sage and rosemary for example you can really battle colds and flus and soothe a sore throat. These plants make a super antimicrobial tea and while somewhat astringent in taste due to the flavour of sage, the taste can be improved by adding some apple, making for a more palatable drink.
For pain relief
There are many plants which help relieve pain with feverfew, rosemary and meadowsweet being my favourite three. I grow both feverfew and rosemary in the garden and there is an abundance of meadowsweet in the fields surrounding my house. Rosmarinus officinalis is said to be a powerful antioxidant containing plant which boosts the immune system, improves digestion, enhances memory and concentration and ease pain as well as having many other benefits.
Feverfew- Tanacetum parthenium is a common medicinal herb also known as ‘medieval aspirin’ and can be used dried or fresh in herbal teas or tinctures. It is a pretty little plant reminiscent of the dairy and looks gorgeous in the ornamental garden too.
Meadowsweet- Filipendula ulmaria has been long used as a cure for digestive problems the herb also plays a role in the treatment of many other ailments such as reducing inflammation and to treat sunburn as well as swelling, arthritis, headaches and coughs. Traditional herbal remedies are often forgotten these days and with many of these symptoms people would now take Aspirin. Well, here is a fascinating fact: In the mid nineteenth century the chemicals contained in this plant were actually used to create aspirin. Some people even call the herb the ‘Herbal aspirin’ but interestingly taking this herb is much easier on the stomach than Aspirin can be and yet has many of the same effects. 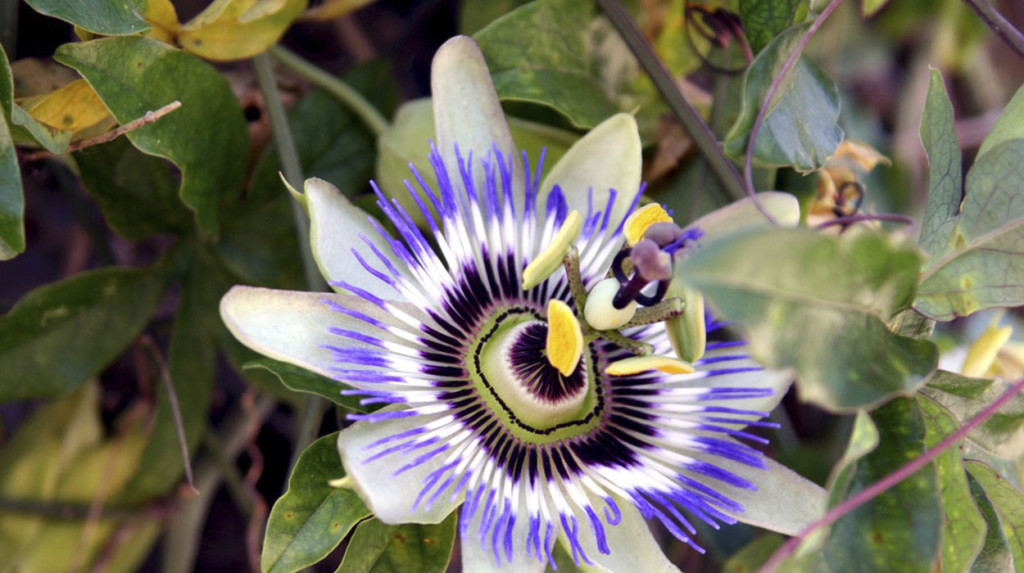 Anxiety and Insomnia
Many plants found in our ornamental gardens contain calming compounds which help anxiety and nerves. While St.Johns wort and Valerian are great pretty and easy to grow options, none are quite as striking as the gorgeous passionflower,  a climber which can be found in many urban gardens. With gorgeous unusually shaped flowers it is normally celebrated for its ornamental value but it also packs a punch when it comes to medicinal qualities. Studies suggest that the purple passionflower can help relieve insomnia and anxiety by boosting the level of gamma-aminobutyric acid in your brain. It’s super grown on climbers in a sunny and very sheltered location in the garden.
Exhaustion
Stachys betonica the wood betony is also a fantastic plant for the nervous system and for strengthening and combating exhaustion. It is great for treating frazzled nerves, tension, anxiety and is also great for headaches. It is also a wonderful herb for sinus congestion as well as aiding the digestive system and relaxing the nervous tissue in the gut.  A tincture made from this plant is also great for aches and pains from nervous disposition as well as treating nervous bowel problems such as IBS. It also happens to be a particularly pretty plant with gorgeous purple spires of flowers so a super one to add to your ornamental medical border.
Menstrual problems
The Artemisia Vulgaris -mugwort plant is named after Artemis-the goddess of the moon and the hunt. This plant is very specific energetically for women and is a ‘blood mover’. The perennial is used in regulating the menstrual flow and herbalists use it to help in regulating the cycle according to the moon.  The plant helps with both the physical and emotional symptoms of menstrual problems and can be very balancing. Within the ornamental medicinal garden it’s a super structural plant for the back of the border as it tall and has striking textured foliage with narrow ball shaped flowers in a silvery green. 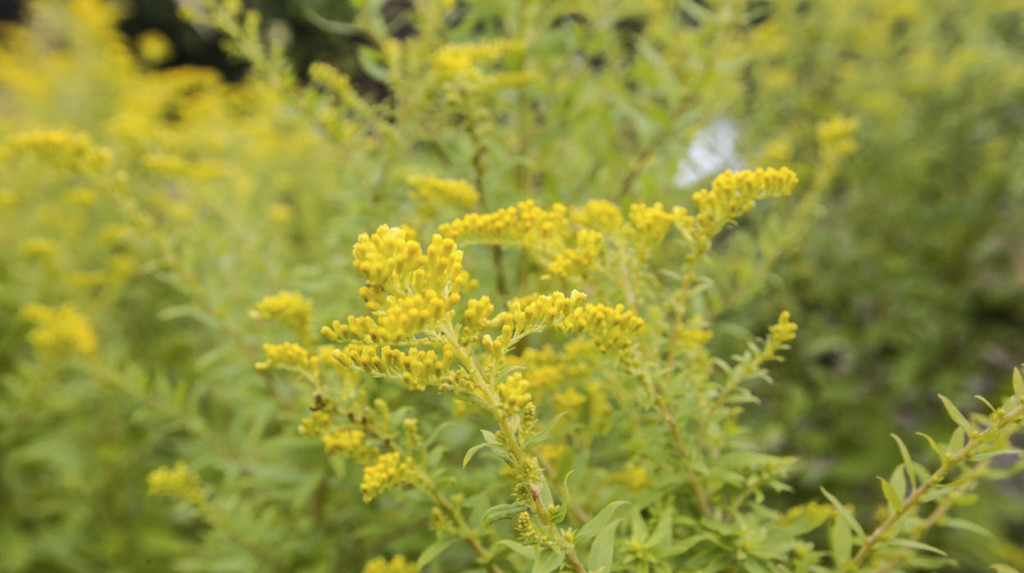 For cleansing and hangover cures
The stunning perennial Solidago virgaurea- goldenrod-  is a super plant for pollinators and blooms late in the seasons, bringing great colour to the garden. It is often used in wild naturalistic schemes and has the added benefit of having strong antiseptic and anti-inflammatory properties as a medicinal plant. It is used in herbalist treatment to counter inflammation and irritation caused by bacterial infections and Native America cultures used the leaves to treat sore throats and relieve pain.
One of my favourite plants in the garden-especially warm balcony gardens – is the Korean liquorice mint –Agastache rugosa. This plant which is one of the 50 fundamental herbs used in traditional Chinese medicine is used for treating nausea vomiting and poor appetite. It is a stunning plant for the garden and one which can be used, much like mint, in many recipes in the kitchen. These plants are somewhat tender so might end up being an annual in the garden but they are so worth it!
Respiratory problems
The Grindelia squarrosa -Gumplant  is known by herbalists as one of the best respiratory plants. It’s a great expectorant plant and when harvested in full flower it can be made into a tincture. It also has anti-spasmodic and sedative qualities making it very useful for respiratory problems such as coughs, bronchitis and emphysema. Overall the plant is great for relaxing the airways and shifting any mucus from them. A fascinating fact is that this plant was traditionally actually used as a chewing gum and when you taste the sticky gum before the plant goes to flower it actually tastes a little like chewing gum.. 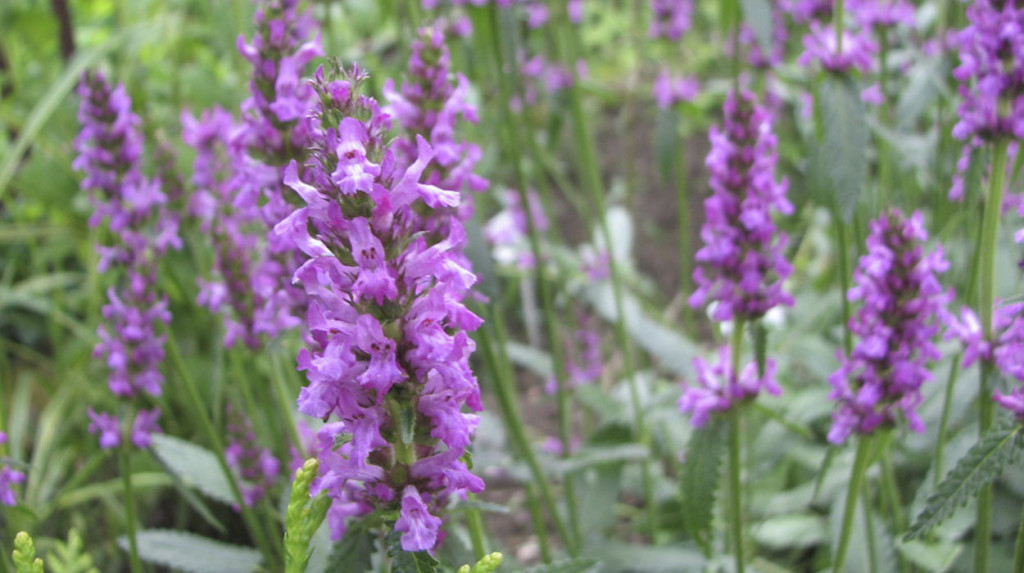 To boost your immune system
The late summer and early Autumn blooming Echinacea purpurea flower is one well known to many for its medicinal properties. A course of Echinacea drops or tablets is widely available to buy and is said to strengthen the immune system and thus prevent colds. The plant is native to North America and traditionally the North American Plains natives would use the root of this plant to treat everything from snake bites to toothaches. This plant is not only useful for its medicinal properties though, it is a stunning flower for the garden and the two year old flowers can be harvested for an immune system boosting tea.
0
Photo By: Colin Gillen 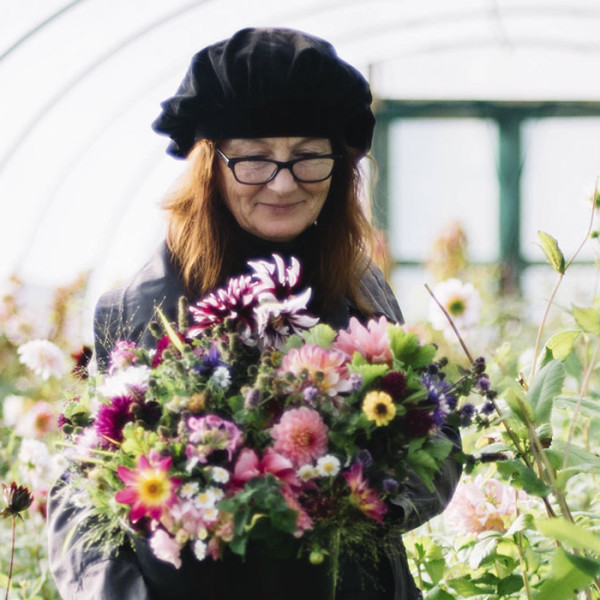 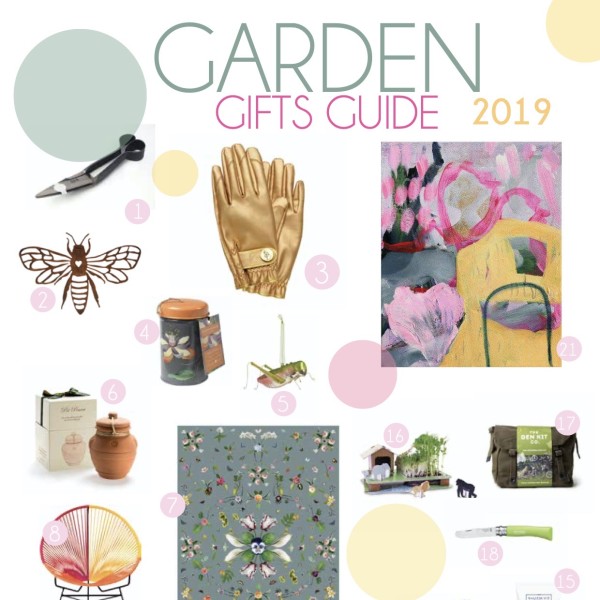 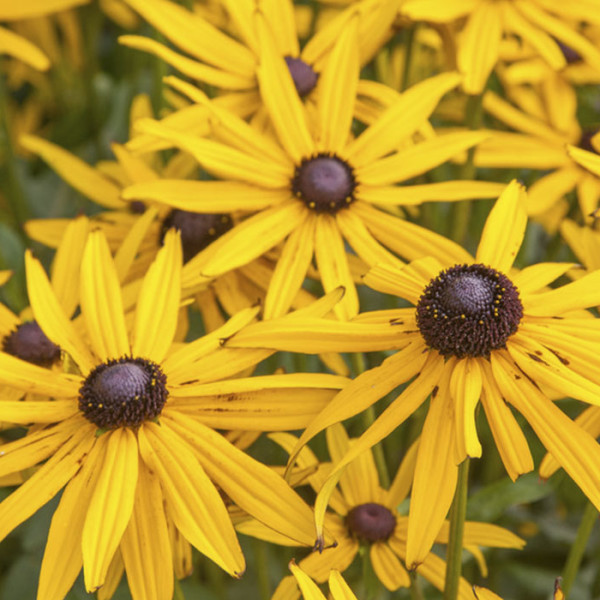 Mellow Yellow- the colour of optimism    Yellow. The colour…