Irish Independent Weekend Magazine | 18 April 2015
Camellias are native to Asia and grow at high altitudes of around 300–1,100 metres. The plants like slightly acidic soil and are most fond of partial shade but most do well in sunshine too. In China, Camellias are said to be lucky symbols and are used in offerings to the gods during the Chinese new year.

A fascinating fact is that these beautiful plants are the ones used for the making of tea. All tea, whether black, green, white or oolong is made from varieties of this one plant-the Camellia sinensis. The flowers on this particular plant are white and smaller than those of the Camellia japonica, which is the one that is more readily available at your local garden centre.

For the making of tea, the leaves or leaf tips of the Camellia plant are picked and fermented in great mounds and then rolled and dried out, or slow roasted. I was fascinated to learn that it is the process that these leaves go through that determines whether the tea ultimately becomes black tea, green tea, white tea, oolong or pu-erh tea. Essentially the result comes down to the length of oxidation the Camellia leaves are allowed to undergo-more oxidation will result in black or dark coloured teas such as pu-erh teas and less oxidation will give green or white teas. Fascinating.

Apart from the making of our morning cup of tea the Camellia plant has many other uses. Pressing the seed can make a fantastic oil which is used for frying in Asia as it has a high smoke point and is ideal for salads and sauces as it has a delicate flavour. The cold pressed Camellia oil is also used as a beauty product for skin and hair.  Japanese Geishas use the oil which is rich in omega 9, for their amazingly glossy hair.

Legend has it that the first cup of tea was brewed in China in 2737 B.C. when some tea leaves were dried and accidentally fell into some boiling water which was being served to the Chinese Emperor Shen Nung. From China, the ritual of tea drinking spread to the rest of the world, with information filtering back to Europe by the Arabs via the Venetians during the tenth century. The actual Camellia plant however is said to have been first brought to the Western world by Chief Surgeon to the Dutch East India Company Engelbert Kaempfer in 1692.
Another interesrting fact is that Camellias can live for a very long time-the oldest living tea tree grows in the Yunnan province in south-west China and is said to be 3,200 years old. 500 gramms of its tea leaves reportedly sold for $40,000…That’s one pricey cup of tea!
Leonie Loves
I love my tea in the morning and one of the best black tea I have ever tasted is the Earl Grey from the Irish brand Solaris. The company is run by husband and wife team Joerg and Karin Mueller who are both qualified Medical Herbalists. Their hand blended teas are made using the finest ingredients and on their lovely website you can even order personalised tea. A perfect gift. solarisbotanicals.com 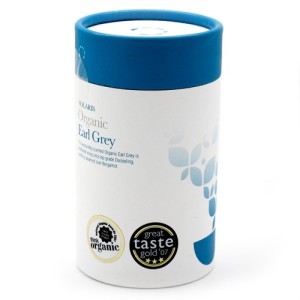