The summer garden always brings to mind one shrub that is instantly recognizable to most people; the Buddleja or Butterfly bush, as is is commonly known. The name immediately gives away what this shrub is all about and the softly scented flowers are often covered in butterflies which feed on its honey-scented nectar. This mostly perennial shrub has exotic origins in the far East and was brought to Europe in Victorian times by seed collectors and has spread rapidly throughout Europe. It is well known to grow anywhere and can be seen growing wild along railway lines and broken ground like building sites.

Admittedly, it is one shrub that is very divisive-people tend to either love or hate them. For all it’s floriferous splendour the shrubs have some downsides that must be considered when planting in the garden scheme. The plant itself is a vigorous grower and self-seeder, one of the reasons it can be found in every urban wasteland space. It even grows from chimneys and tiny cracks in walls, making it a recognisable plant of our urban spaces.
Within the garden scheme I love this shrub with exotic origins for its beautiful blooms which are so plentiful and I have many varieties in my own garden, ranging from a compact white miniature to massive almost black purple flowering ones. They are a great anchor plant in the garden and a staple first choice for encouraging wildlife. This variety which I sourced at the Western Plant Nursery in Sligo, is called Royal Red and is a fantastic bright colour for any garden.
Ironically, it is the shrubs ease to grow that is also its biggest problem. In fact is grows so easily that in some places is it considered a weed and can choke out native species so should be planted with a degree of caution. The fact that the shrub spreads so readily, even by self-seeding, means that it is considered amber on the invasive species list in Ireland, not quite meaning that it is fully invasive but that it is medium risk plant. Basically planting a Buddleja in ones own garden does bring a certain amount of responsibility.
Particularly with the larger specimens, you will have to take care to control its spread and look out for any self seeded specimens as they can take over a space rapidly if left unchecked. The main thing to think about is placing the plant in the right place. The back of a border behind other bee and wildlife friendly plants is a great place for this shrub meaning it will attract insects, and in turn also birds and bats and also provide cover for badgers and foxes. With a little bit of care and pruning these flowers can bring something magical to a garden space and particularly in urban areas where some plants may struggle, these pretty brazen flowers add valuable nectar for insects.
Taming the Buddleja:
There are a few rules I tend to follow when growing the buddleja.
Vareities to fall in love with: 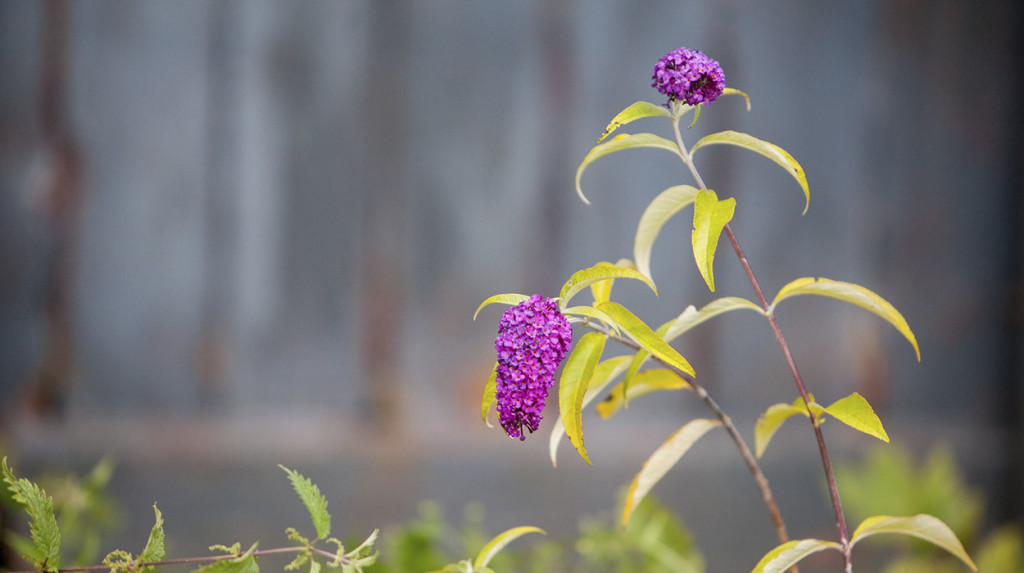 Buddleja davidii ‘Royal Red’
This variety has a stunning rich magenta flowerhead which, if pruned back hard in March, can grow to almost 50cm! The spread of this shrub can be 5 metres ad the height 3metres so will fill a large area in the garden. 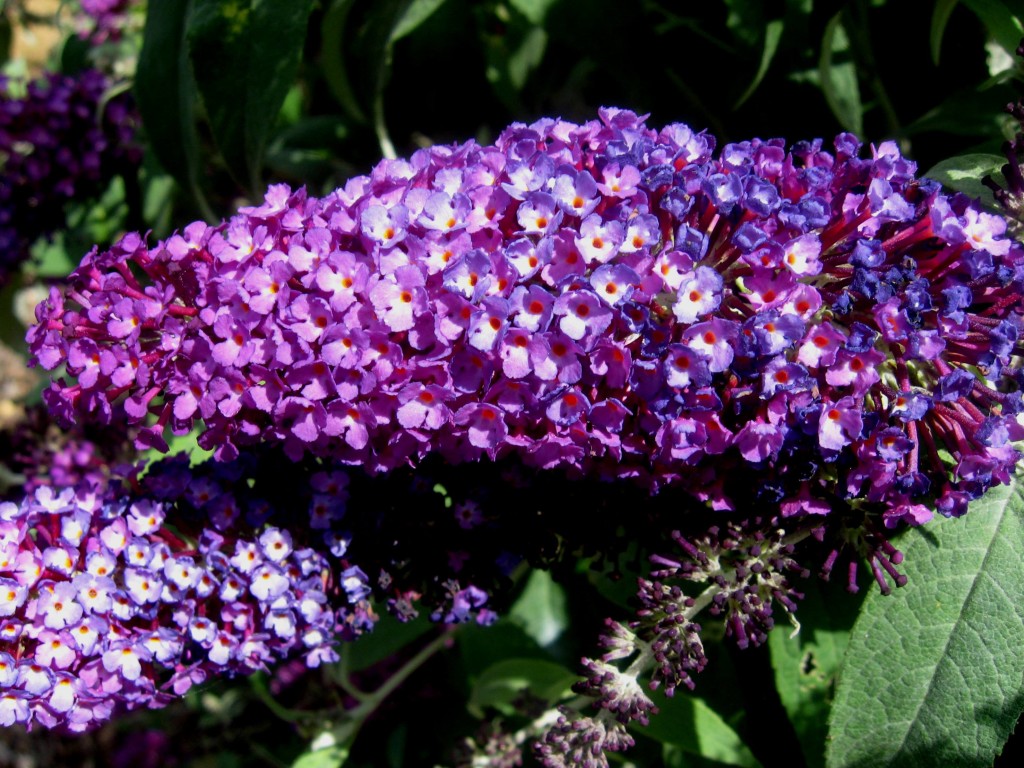 Buddleja Buzz Magenta
This dwarf patio variety is a perfect choice for small containers and for the smaller garden. The fact that these stubs only reach about 1 metre in height makes them a great plant for urban gardens and even balconies. The rich magenta with a purple tint is a great draw for insects and it has a lovely sweet scent of honey.

Buddleja × weyeriana ‘Bicolor’
As the name suggests, this divine specimen has bi-coloured flowers which open to reveal vibrant pink and orange blooms which fade to a deeper rust in late Summer/Autumn. The eventual size of this shrub is 2.4metres so can either be planted as a small tree in a small garden or as a shrub.
Combine with:
Even with pruning, in the border the Buddleja can become a somewhat leggy plant with little foliage at the base. I would suggest underplanting the shrub with other plants to fill in any gaps. Here are my favourite companions: