Every year, when late Summer turns into early Autumn the passing of the seasons suddenly becomes so apparent. The cooler misty mornings and browning tips of leaves always remind me  of the transience of nature, the ever changing game of growth and decay that makes the cycle of the garden such an exciting spectacle. Autumn is a time where many plants are preparing for the dormant period of Winter, stocking up on seeds and preparing for plant hibernation periods under ground. There are however some plants that really come into their own and shine in early Autumn and one such plant is the Chrysanthemum. 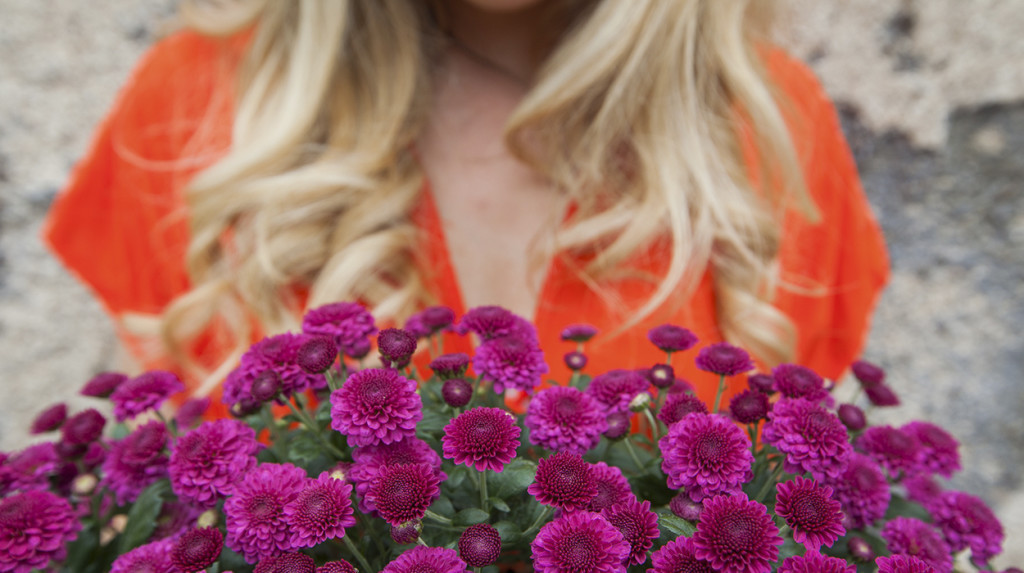 The Chrysanthemum is a native of Asia and  North Eastern Europe and comes from the Asteraceae family. The flowers name comes from the Greek word chrysos (gold) and anthemon (flower) and leads back to the fact that wild Chrysanthemum herbaceous perennials or sun shrubs are often yellow or have yellow accents.

For classification Chrysanthemums are divided into two overall categories: Garden hardy and exhibition.  As a plant for the garden there are many varieties of the wonderful hardy plant and many make a fantastic floral display in late Summer and early Autumn. These are further divided into ten different bloom forms often depending on the arrangement of the ray and the disk florets. The flower groups hold fascinating names such as spider, thistle, spoon, pom-pom and anemone to name a few. These describe the shape and habit of the flower of each group and there are truly endless varieties to choose from 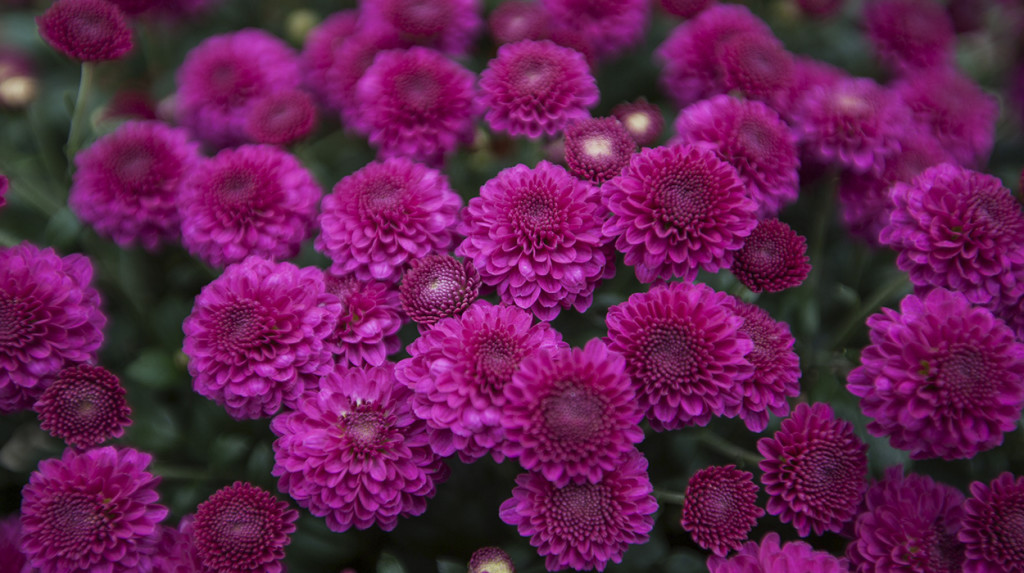 The early Chrysanthemum perennial which is mostly half hardy, often blooms from September to October and is known for its profusion of colourful blooms. It is a far showier plant than its wild growing relatives and many of the cultivars available from garden centres are so floriferous in nature that the blooms often obscure the foliage. 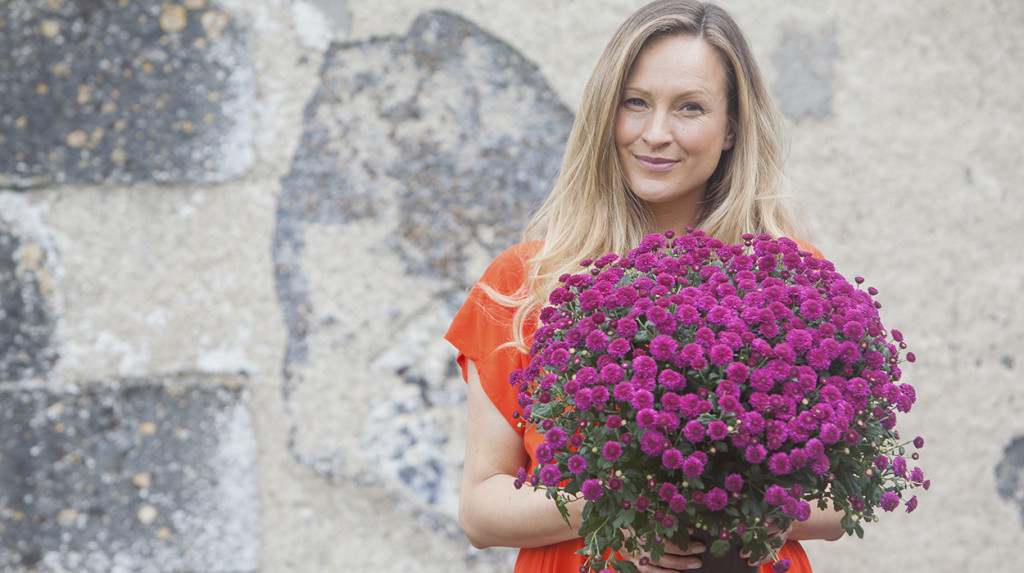 The Chrysanthemum is one flower that has some very strong cultural significances and particularly in Asia they hold strong symbolism. In China the flower is one of the ‘Four Gentlemen’, plants which represent the four seasons. Here the orchid flower represents Spring, the bamboo Summer, the chrysanthemum Autumn, and plum blossom represents the season of Winter. The flower also features very heavily in Chinese art, poetry and there is even a Chrysanthemum festival in Tonxiang in China every year.

In Japan the Chrysanthemum flower is the seasonal flower of the month of September and the flower can be seen represented in the symbol of th Emperor and imperial family. Many people will recognise the ‘chrysanthemum crest’ (菊花紋章, kikukamonshō ) which is the imperial seal of Japan and depicts a beautiful simple design based on the Chrysanthemum 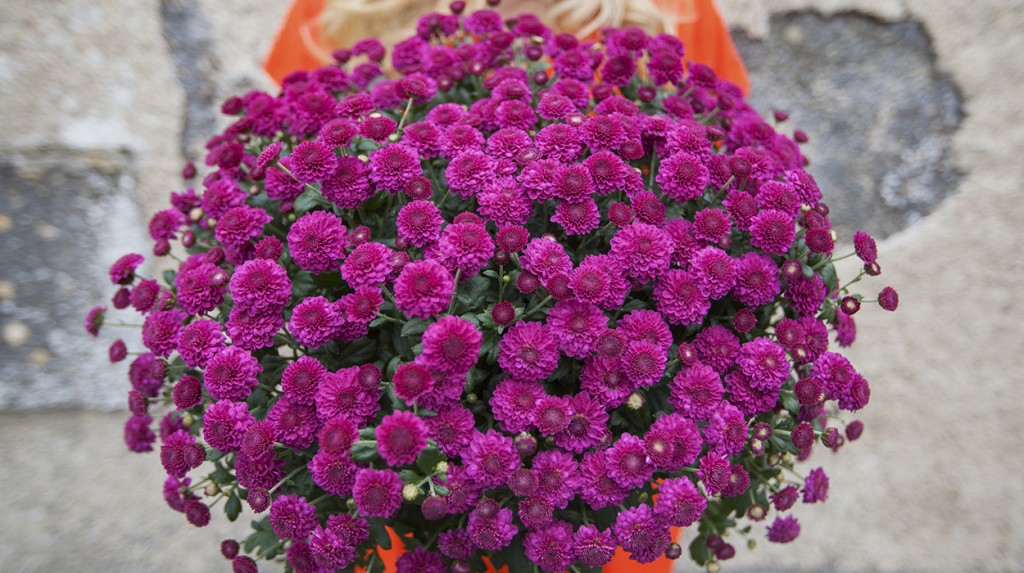 If you want to bring some of the cheerful colour of the Chrysanthemum to your own garden then here are a few tips.

As a general rule, most garden hardy Chrysanthemums like a sunny spot and have a hardiness tolerance of about -5 degrees celsius. In Ireland we don’t often go below this temperature but the real trial for this plant is too much rain. Grey moulds and fungus rot can destroy these plants very quickly so make sure the soil is well drained.  The flowers enjoy being planted into a nutrient rich compost and will do best if fed with a good general fertiliser in April and then a top-dressing of nitrogen rich fertiliser in June helps to encourage growth and flowering.

…that Chrysanthemums are edible?

Most Chrysanthemum flowers are edible and are used in many recipes all over the world.

In some parts of Asia the yellow and white flowers of the Chrysanthemum morifolium or Chrysanthemum indicum are used to make a sweet Chrysanthemum tea. A chrysanthemum one can also be prepared from this same variety.  Though the flowers are a very visual addition to many salads and teas, even the greens of some Chrysanthemums can be eaten. The Garland chrysanthemum, or Chrysanthemum coronarium is known as Shunpike in Japan and is used in Japanese cuisine in stir fries and other meals. The herb has a sweet-grassy taste and is often teamed with a soy and sesame sauce. Yum.

Tutankhamen, the Egyptian pharaoh of the 18th dynasty of the New Kingdom was said to have been buried with collars made from chrysanthemum. 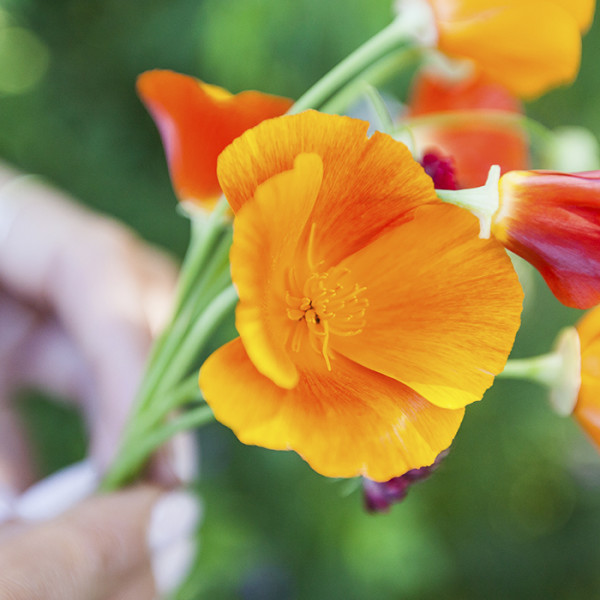 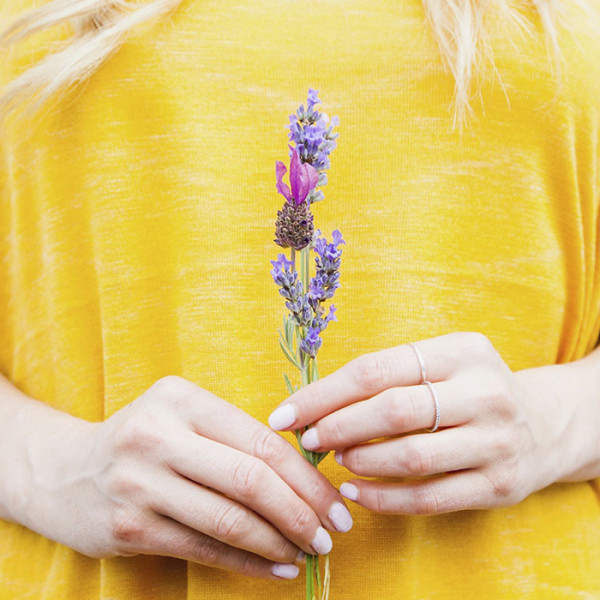 Ah the power of scent. What sense conjures up more…