The first time I cam across the real Opium poppy was at the Hortus Loci in the UK when I strolled through the heavenly nursery grounds in order to choose plants for my Chelsea in Bloom garden for the Dubarry of Ireland Flagship store on King’s Road. The choice at this nursery is truly incredible with colour exploding at every turn and one of the true stars of the show was the opium poppy, also known as Papaver somniferum.

This Poppy is a truly spectacular plant, Its Latin name meaning ‘The sleep bringing Poppy’ and this can be lead back to the fact that the poppy is used in making many drugs including Morphine, Codeine, Heroin and of course, its namesake Opium.

It is not only used in the illegal and legal drug trade but is also a highly decorative addition to many ornamental gardens throughout the country. Poppies are annual herbs which grow to about 120cm in height and varieties of these are plenty. The beautiful ‘Burma White’ is one of my favourites and it has beautiful light pink, papery petals which float delicately on top of a strong stem of soft green. The leaves and stem of this flower are covered in fine hairs making this plant an interesting one to look at.

My favourite part of the flower is the seedhead which remains at the end of the flowering season. To me this is the most visually striking addition to the late Autumn/Winter garden and I think every garden should have at least a few scattered in somewhere.

One of the first poppies I planted in my own garden, I actually brought back as seed from France and sowed them directly into the soil in late April. The variety I brought back was given to me by an elderly lady neighbour while I was on holidays in the lovely town of Saintes. The wonderfully French Madame Bommensaat had a beautifully chabby-chic and wild garden beside us. Full of rusted old Ironwork, gnarled and odd-shaped apple trees and explosions of self seeded Hollyhock, scented herbs and of course Poppies. It was towards the end of the Summer and as I admired the structured drying heads and pom-pom, powder puff ‘Pink Beauty’, she broke off a couple of the seedheads and gave them to me in an envelope. When I got home and I opened the envelope the brownish seedheads had opened up fully and the black seeds were spilling out.

I decided to randomly scatter the poppy seeds in drifts in my own border and being so prolific in seed they tend to self-seed themselves easily, often popping up in unplanned places as a welcome surprise.

Tip when planting poppies: You can also sow these on a window cill earlier in the year and the plant will already flower in its first year making it a very rewarding plant to grow. Also,  due to the ease of self-seeding, you may have to thin out the seedlings as they grow to give each space to root strongly.

I love planting poppies with a mix of textures and shapes. In the image above the Flower arranger Annette Coleman has created a scheme that is perfectly balanced.  The Poppy has been beautifully framed by swathes of white Foxgloves, Verbena hastata ‘Blue Spires’ and is given a great vertical structural contrast with the peeling bark of the Birch trees. Another fabulous combination of you want to include some scent is the Philadelphus ‘Belle Etoile’, a compact shrub which is highly fragrant and smells like a mixture between Jasmine and bubble gum.

There are many garden design festivals all over the world worth exploring. Not many though have a location as stunning as the Festival of in Chaumont-sur-Loire in the Loire valley in France. Set on the grounds of the Chaumont-sur-Loire castle, once the home of Catherine de Medici, Diane de Poitiers and Princess de Broglie, this collection of experimental show gardens take a slightly different in approach to our own Bloom in the Park festival or the Chelsea Flower show. Here, international teams of artists, designers, architects and landscape designers get to go a little wild and design gardens that are highly conceptual. Based on a different theme each year-the ‘Seven deadly sins’ for example or this years theme, ‘Gardens for the coming Century’, the festival aims to explore and experiment and is one of my all time favourite destinations to get inspired. For more on the festival go to: www.domaine-chaumont.fr 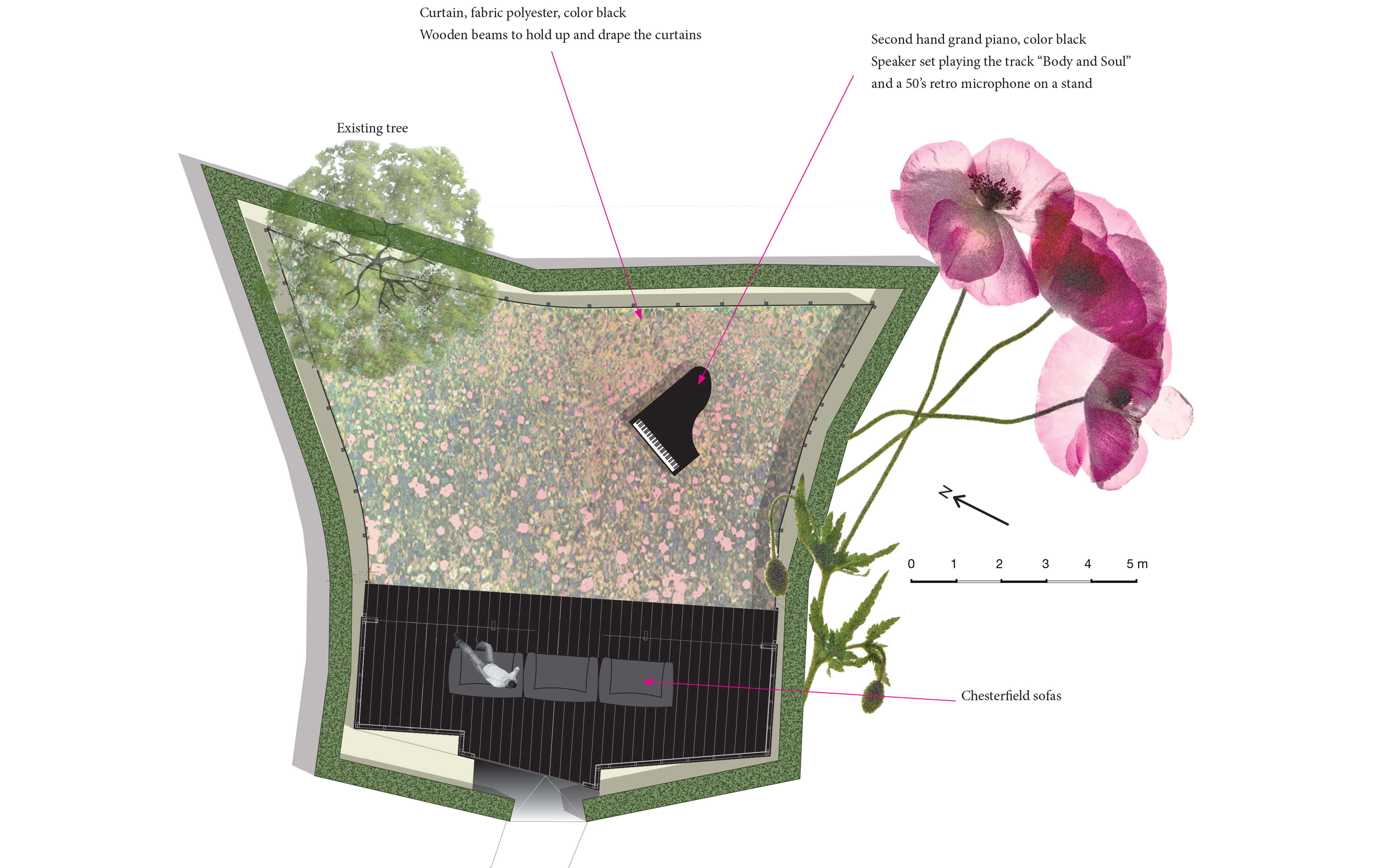 This show garden at Chaumont entitled ‘Un hommage à Lady Day’ was designed by the Dutch company called Strootman Landscape Architecture in 2010 and was one of my favourites. It was a wonderful conceptual tribute the the great, late jazz singer Billie Holiday. Black timber provided a strong backdrop for the soft feathery planting which included myosotis, mallow, cosmos, echinacea, anemone as well as the opium poppy, a reference to the singer’s drug habit. The garden also featured surround sound recordings of her work, making this a truly magical space to be in. 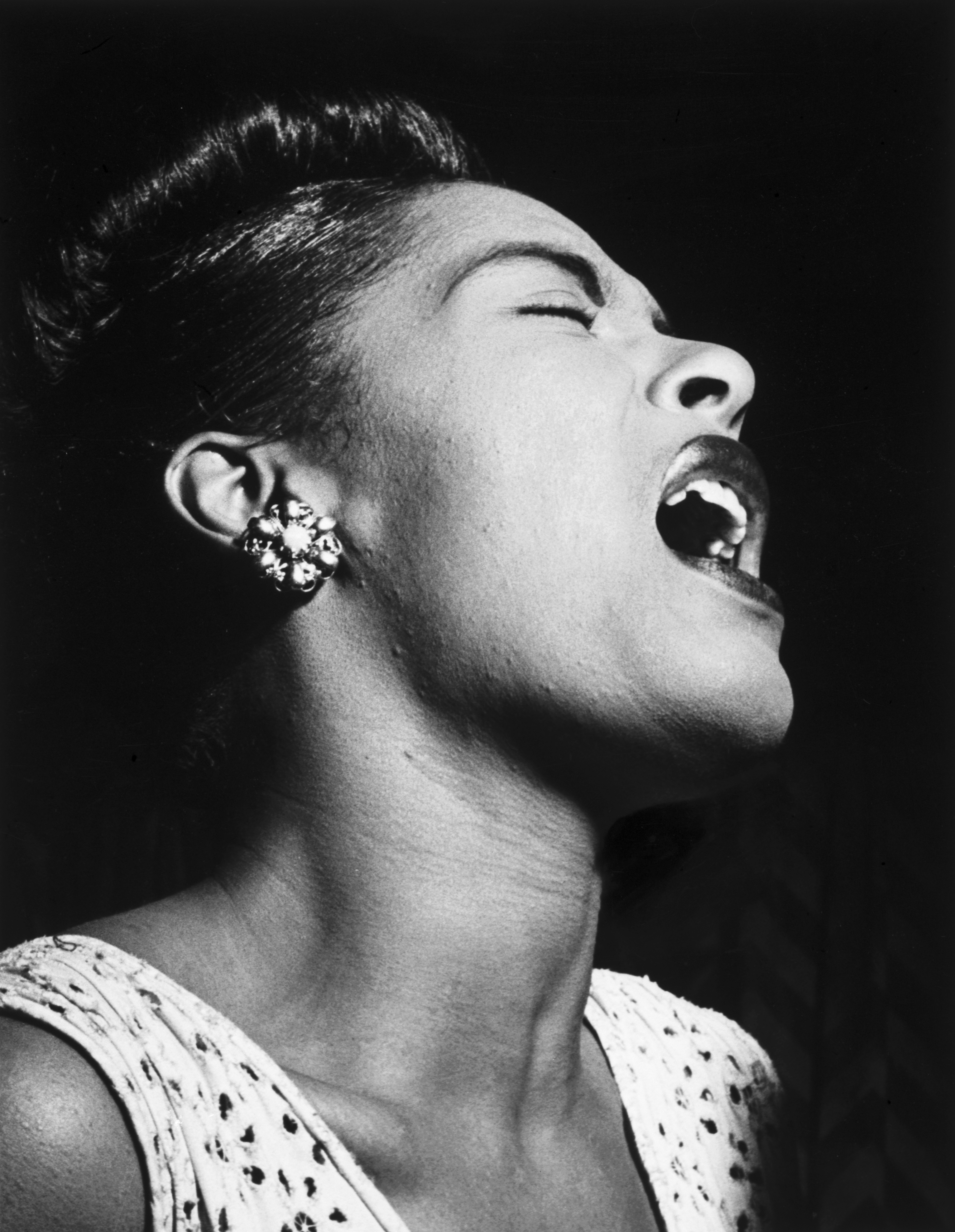 I am a big fan of candles and tend to have them all over my house. One thing that I have always looked out for is that the wax in the candles is of high quality-there is nothing worse than the smell of paraffin based candles. Thankfully more and more people are becoming aware of how bad they are for our health and there is a real resurgence in the use of natural beeswax as well as Soy based candle products.  One of my absolute favourites is the Kildare based company ‘Candella’. Hand-poured into recycled wine bottles, these pretty and deliciously scented candles have divine names such as ‘Tea leaves and Bergamot’ and ‘Dark Chocolate and Orange’. One of my favouites is the ‘Poppy’ scent which is sweet and tartly perfumed and yet manages to retain a freshness too. For the full range go to: www.candella.ie 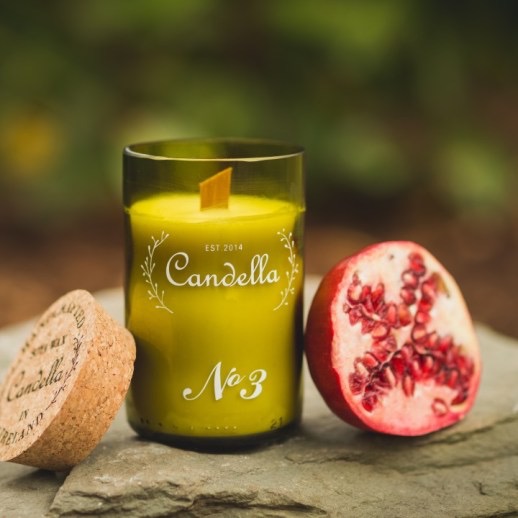