Today I spotted the first leaf buds on the trees outside my office window. These tiny nibs of tightly-furled green always send a tickle of excitement through my veins. Are we really that close to Spring? To daffodils and April sunshine and my first salty surf of the year?

While we have one of the mildest Winters in a long time and a seemingly early onset of Spring, the optimistic growth of many plants had been thwarted by recent temperatures of minus five degrees and even a fluffy covering of perfect snow.
Thankfully,  today the sun is shining and the trees are certainly looking more hopeful. It is hard to pinpoint when exactly the changeover from Winter to Spring happens but I like to think it’s when that first bud makes itself apparent. It is that promise of green, and of the many different emerging shapes and forms in the garden, which announces the arrival of Spring. 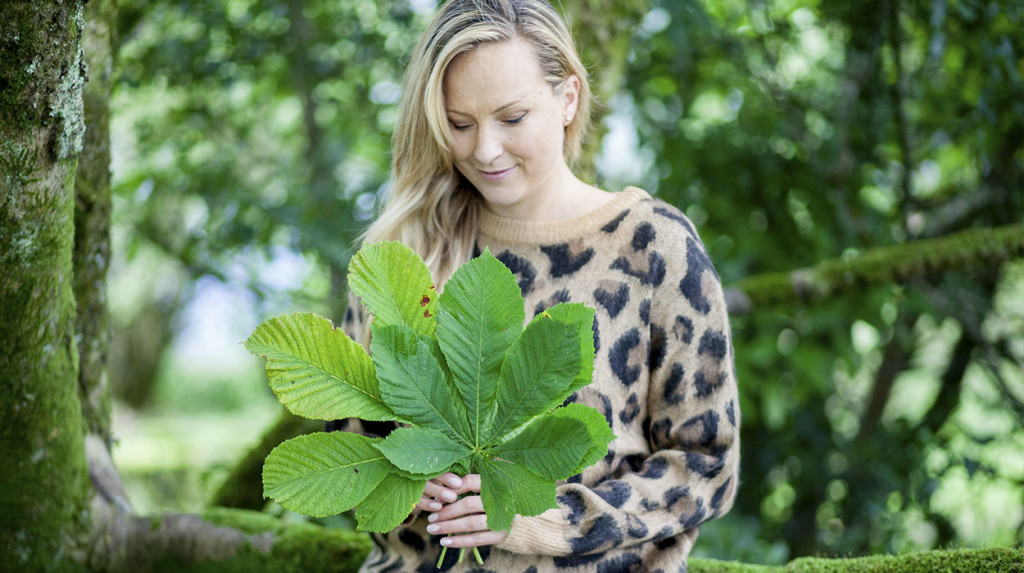 When the garden goes through its yearly metamorphosis we tend to admire it on a whole. That slight hue of green appearing in the fields which were previously brown, a shimmery hint of colour on the trees. But rarely do we look closely at the leaves as they emerge. The shape of the buds as they unfurl and evolve into their various fascinating shapes.
Leaf morphology is one of the most fascinating things to look at, particularly in Spring when you can literally watch the leaves take shape. I’ve often found myself admiring a tree, for its shape, its habit or its foliage, but when we look closer again and study the actual leaf shape, there is a fascinating abundance of shapes, forms and colours. Where some are smooth and hairless, others are spiny and bristly, or covered in hairs. Some even have thorns on the underside and the leaf for protection against animals.
So what makes a leaf what it is and what determines leaf shape? Well, first let’s look at the leaf itself which is classified as ‘a dorsiventrally flattened organ of a vascular plant’, which is usually borne above ground and specialised for photosynthesis. We all learned in basic geography that the leaf captures the energy in sunlight and uses it to make sugars, which turn into starch and are used to feed the plant or tree. Mostly leaves are flat and broad, an ideal shape for maximum exposure to the rays of sunshine it needs to survive. Some plants such as eucalyptus and willows and others which adapted to windy conditions have pendant leaves, making them more suitable for their climatic conditions while others such as gymnosperms like many conifers, cycads and yews for example have needle-like leaves which allow the to thrive in frequent snow and frost.
When you consider that the shape and structure of leaves is dependent on a variety of factors including adaptation to their climate, light conditions, available nutrients and also factors such as grazing animals which may be a danger to them, it’s apparent that every leaf tells its own unique and fascinating story.

Choosing some trees for their leaf shapes : 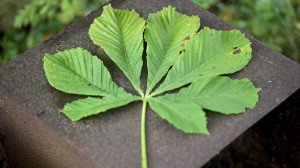 While this tree is native to a small area in the mixed forests of the Pindus Mountains and Balkans of South East Europe, there are many horse chestnut trees in Ireland. The tree is a beautiful stately tree which is part of the soapberry and lychee family Sapindaceae.  It has an abundance of white or pink hermaphroditic panicle flowers in Spring which makes it a great tree for the larger garden where it becomes a haven for wildlife and bees. What I love most about this tree is the beautiful giant leaves which fan out in an almost hand-like shape with 5-7 leaflets on each leaf and some growing to almost 60cm across! 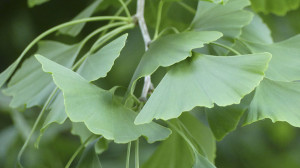 2. Two lobed fan shape-Ginkgo/Maidenhair tree –Ginkgo biloba
This fascinating tree dates back 270 billion years and is considered a ‘living fossil’. Native to Japan and China these trees are popular plants for parks and larger gardens worldwide and are truly striking at most times of the year, particularly in Autumn where the foliage turns into a deep saffron yellow. In Spring the fresh growth is a gorgeous striking lime green and as he leaves unfurl they develop into a unique fan shape,  with veins radiating out into the leaf blade which at times ‘bifurcate’ or split, giving them a striking and totally unique appearance. The tree grows to about 15 metres in height but has a neat spread of about 5 metres meaning it is one you could plant in a medium-large urban garden. An added bonus? The tree has some sweet little yellow fruits which almost resemble yellow plums and whose seeds have many culinary uses in many Asian cultures, and are said to have powerful medicinal properties. 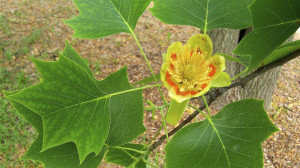 3. Tulip shaped leaf
Tulip Tree- Liriodendron tulipifera
This beautiful conical shaped tree is a wonderful specimen for the garden. It has large shiny leaves which are almost reminiscent of Maple in shape but slightly more squared off. While they emerge bright green they turn a vivid yellow in Autumn. It is a large, fast growing tree and is best set on a wide site with plenty of room to spread out and grow up and it can reach up to 30 metres in height and 15 metres in spread. It also has beautiful tulip shaped upright flowers which appear in Summer while the tree is in full leaf meaning that the flowers are fairly inconspicuous from a distance but quite special close up. 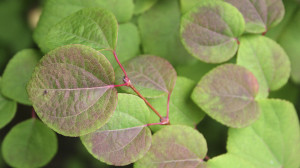 4. Heart-shaped –Katsura tree-Cercidiphyllum japonicum
While the leaf shape of this tree is not the most spectacular attribute of this tree, it is worth mentioning for its elegant softly rounded heart shape. The leave emerge pink on the tree which makes them really stand out in the garden in Spring and turning rich green in the Summer the tree goes through another metamorphosis in early Autumn when the leaves gradually turn into rich hues of orange and yellow. The most incredible thing about the tree in Autumn however is the fact that as the leaves fall the leaves release a strong arms from them, reminiscent of burnt sugar or candyfloss, which will literally stop you in your tracks when passing. A wonderful specimen tree in the garden this tree eventually grows to about 20 metres in height and spreads to about 15metres. 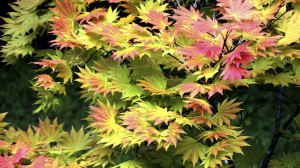 5. Rounded, palmately veined and lobed-Acer shirasawanum ‘Autumn Moon’
Last but not least I could not get away with speaking about leaf shape without mentioning one of the many Japanese maple varieties. With endless varieties to mention in so many colourways we are spoilt for choice when it comes to these hardy little trees. These trees are mainly grown for exactly this reason-their decorative foliage, and this variety is a stunning example of a tree which emerges chartreuse in Spring and matures to rich shades of burnt orange in Autumn. The serrated leaves almost appear too perfect to be real, with a distinct palmate appearance. An added bonus is the samara fruit, which give a gorgeous red colour contrast to the leaves. This one is a great choice for the smaller garden as it will only grow to a maximum 5 metres or so in maturity.

First published by the Irish Mail on Sunday 2019