‘This garden is designed to be robust and will tolerate arid and windy conditions that are typical in coastal locations but it will work just as well inland and lends itself to a good family space,’ 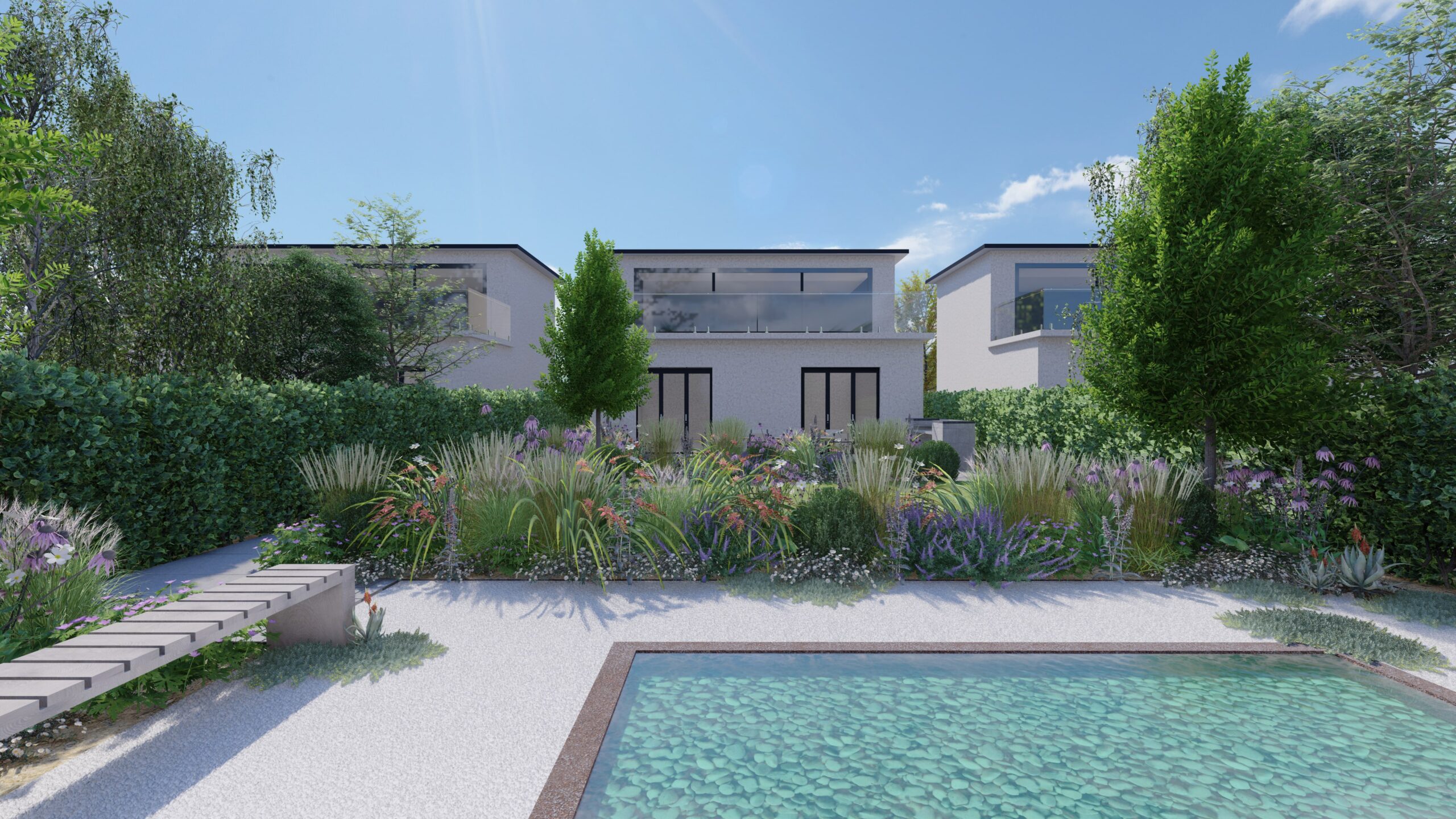 Everything in the garden has been chosen to withstand the elements. The Ilex aquifolium (holly) trees can take the salt air and wind, while the Escallonia Iveyi hedging is well suited to exposed, coastal sites.

Borders are cut into the garden to add interest and feature different heights, textures and colours. Taxus baccata (Irish Yew) is clipped into dome shapes, while perennial grasses such as Calamagrostis ‘Karl Foerster’ and Melica ciliata ‘Silky Spike’ add texture and movement. 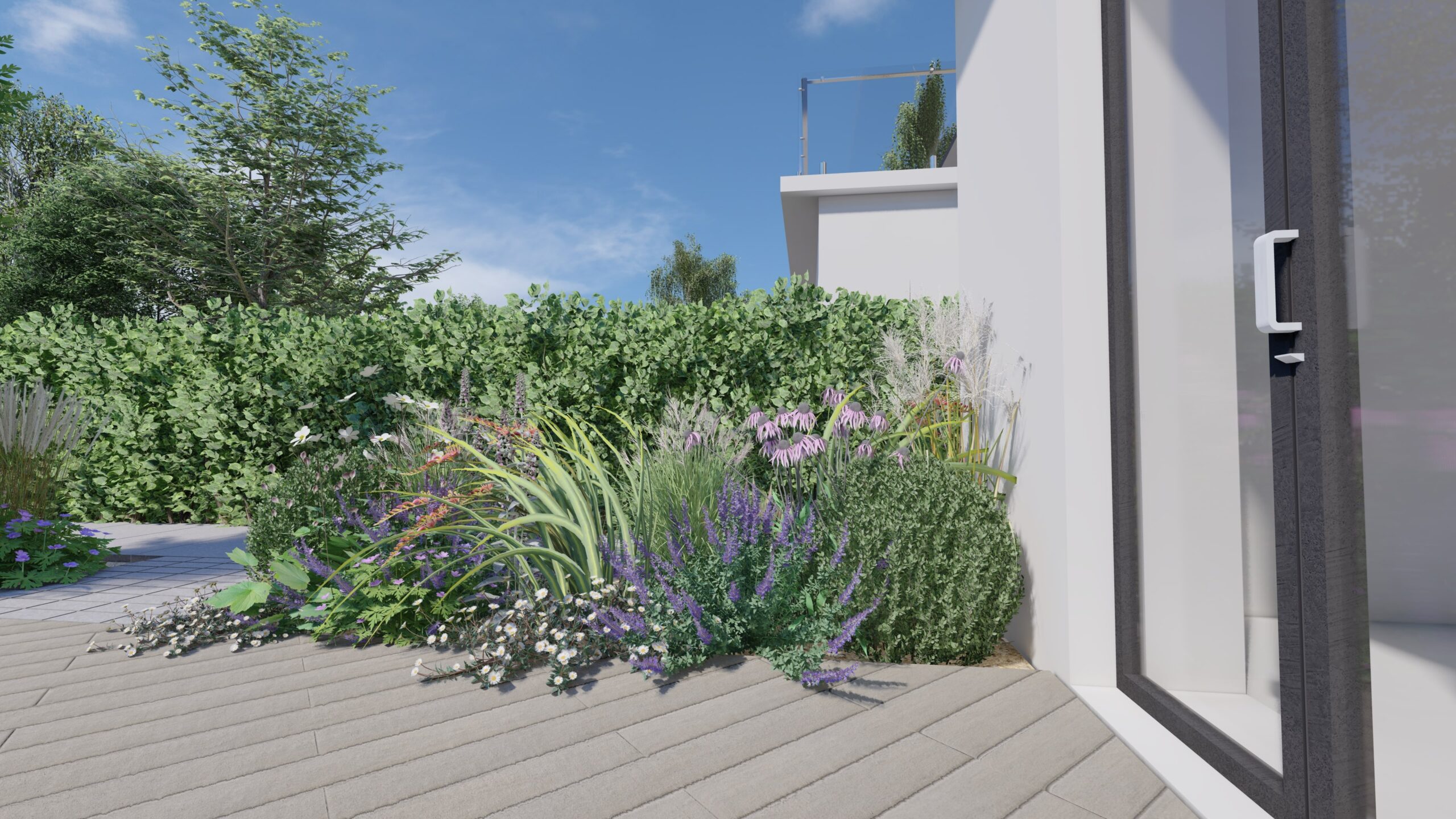 Perennials are repeated throughout the garden to create a sense of rhythm. Croscosmia ‘George Davison’ adds a splash of yellow in late summer and autumn while the purple-hued Geranium ‘Rozanne’ blooms for months and suits all conditions. Japanese anemone ‘Honorine Jobert’, with its delicate stem and pretty white flowers, moves gently in the wind.

While the garden, once properly planted, is relatively low maintenance, James notes that ‘you can’t have a garden without being a gardener’. ‘Even a lawn can be intense timewise so you have to be active. Make sure you get the expensive items like trees and hard landscaping right but you can experiment and have fun with the rest of the planting which is relatively inexpensive. 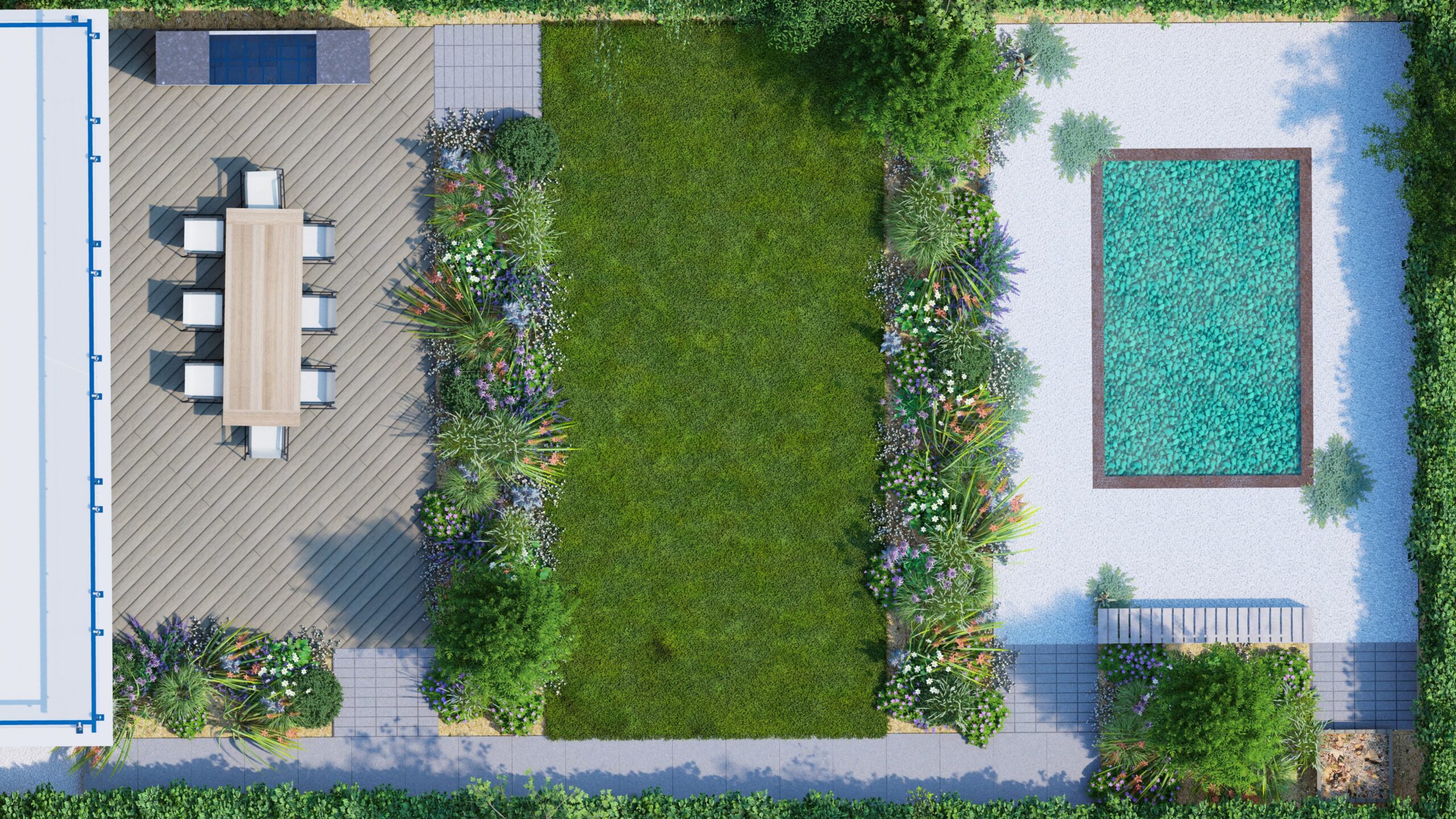 Don’t worry if something doesn’t work, the following year you can replace it. Failure is part of the learning process in gardening”

James’ design incorporates many natural materials found along the Irish coastline including larch decking, gravel, and sandstone cobbles and paving. A Cor-ten steel shallow pond attracts birds adding to the waterside theme, while the planting throughout the garden reflects subtle coastal tones. 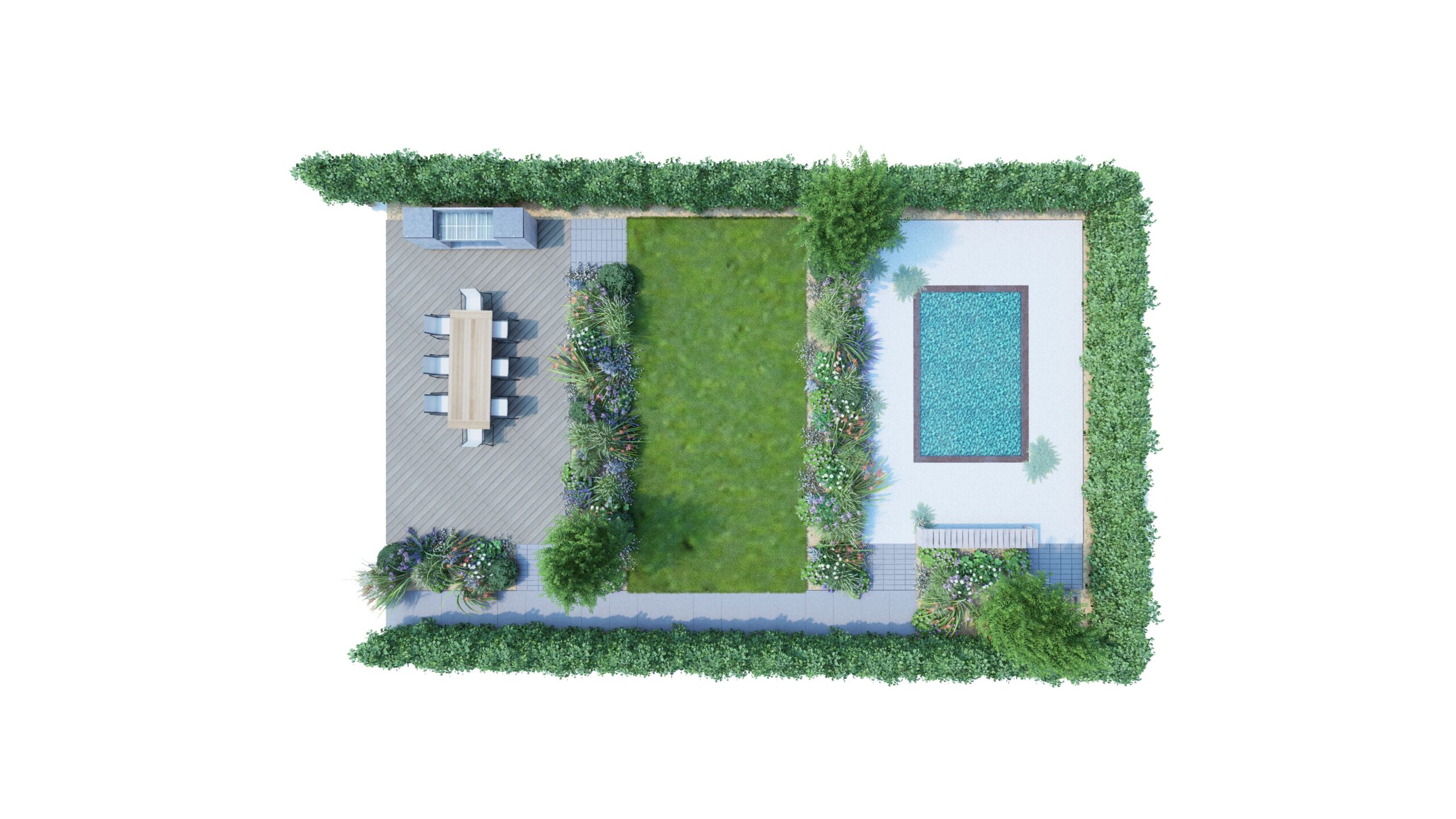 This east-facing garden is inspired by the Irish coast but will suit any location. 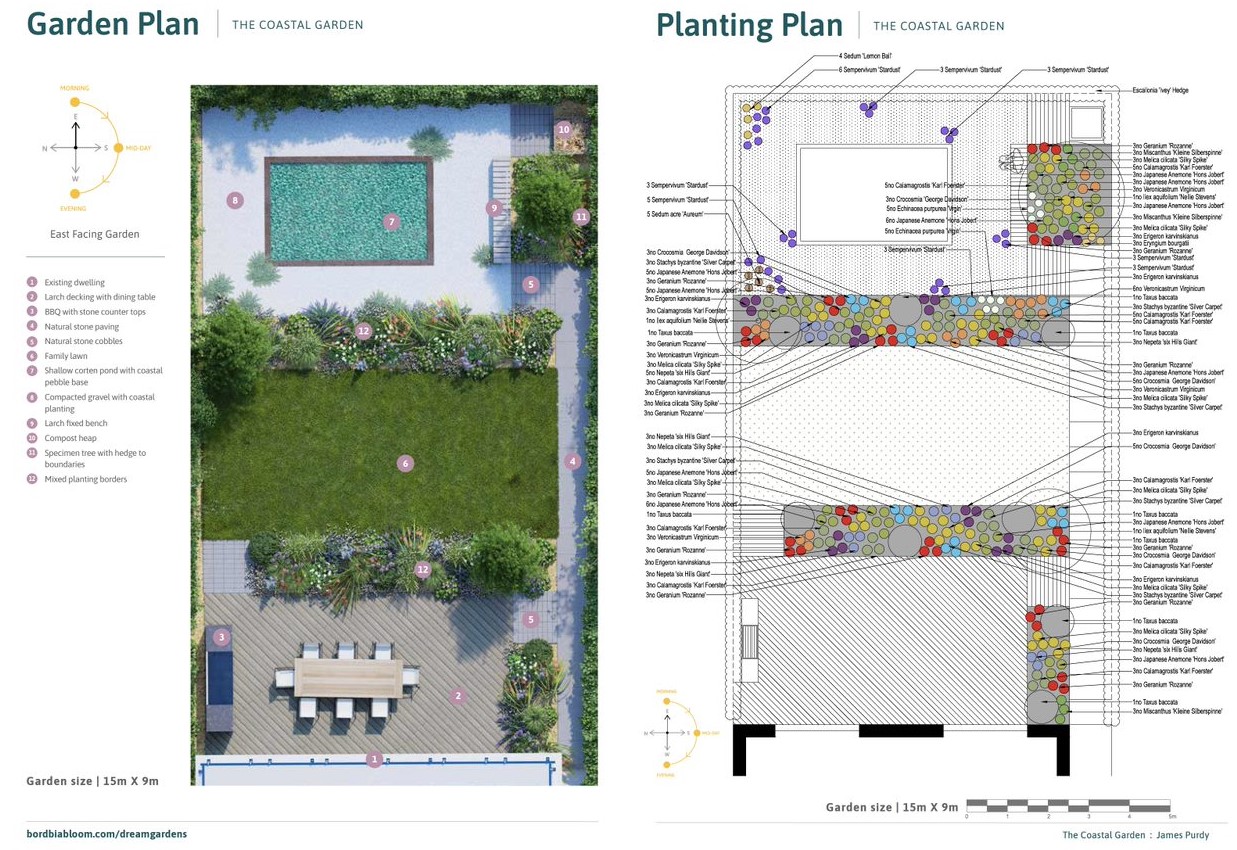 All imagery courtesy of Bloom by Bord Bia. With kind thanks to Gemma Smyth at @Smyth.ie
See the full the DESIGN PACK for the Coastal Garden HERE

The Wild Table at Eccles