Can you imagine cooking without herbs? I for one find it almost impossible to imagine. What wouldRosemary lamb taste like without the Rosemary? Or one of my favourites-Tarragon Chicken without the Tarragon? Or god forbid- Beef Bourguignon without the ‘Bouquet garni’?

The definition of a herb is this: ‘Any plant with leaves, seeds, or flowers used for flavouring, food, medicine, or perfume’ meaning so many plants known to us in the garden a herb. Herbs have been used for endless reasons since the dawn of the human race. In their raw form they were gathered and eaten and also used for medicine. Even before we started to cook on fires and start what we now call cooking, herbs played a vital role in our every day lives. Gardens featuring herbs have been grown here in Europe for many centuries and in medieval times monks and healers grew herbs in gardens for many purposes. Apart from being a source of food they were grown for their many medicinal uses. Monks often approached the Monastery gardens bio-dynamically, planned and planted to the cycle of the moon and astronomy and the gardens featured endless herbs beneficial to health, from Poppies used to make ‘plasters’ to Roses, Rosemary, Lilies, Chamomile, Feverfew and Peppermint, all grown for their natural healing properties.

Many exotic herbs and spices, particularly those used in modern Asian food, initially found their way to our supermarkets and cupboards via an ancient route from the far East. The trading of trans-continental goods started when the ‘Silk Road’, a network of trade routes was established and became a vital cultural interaction between East and West. Initially it was primarily a trade route from China for the lucrative Silk trade but soon became a trade route for everything precious including gems, religious artefacts and also herbs and spices. Herbs and spices were exchanged with spices such as Ginger, Pepper and Cinnamon being introduced to Europe and others, mainly European natives such as Sage, making their way across to Asia.

These days it is impossible to imagine our meals without the flavour of herbs and spices. Pretty much every recipe calls for some form of extra taste flavouring. From Lemongrass in mussels, Nutmeg in mashed potato and Cinnamon on our pancakes, Asian herbs and spices are used almost as much as our natives and are easy to source in any Supermarket. The one thing about Asian herbs and spices is that most still need to be imported as many do not flourish growing here in Europe due to our climate. So even though I am currently experimenting with growing Ginger I don’t think I will be growing Cinnamon trees or Coconuts just yet. 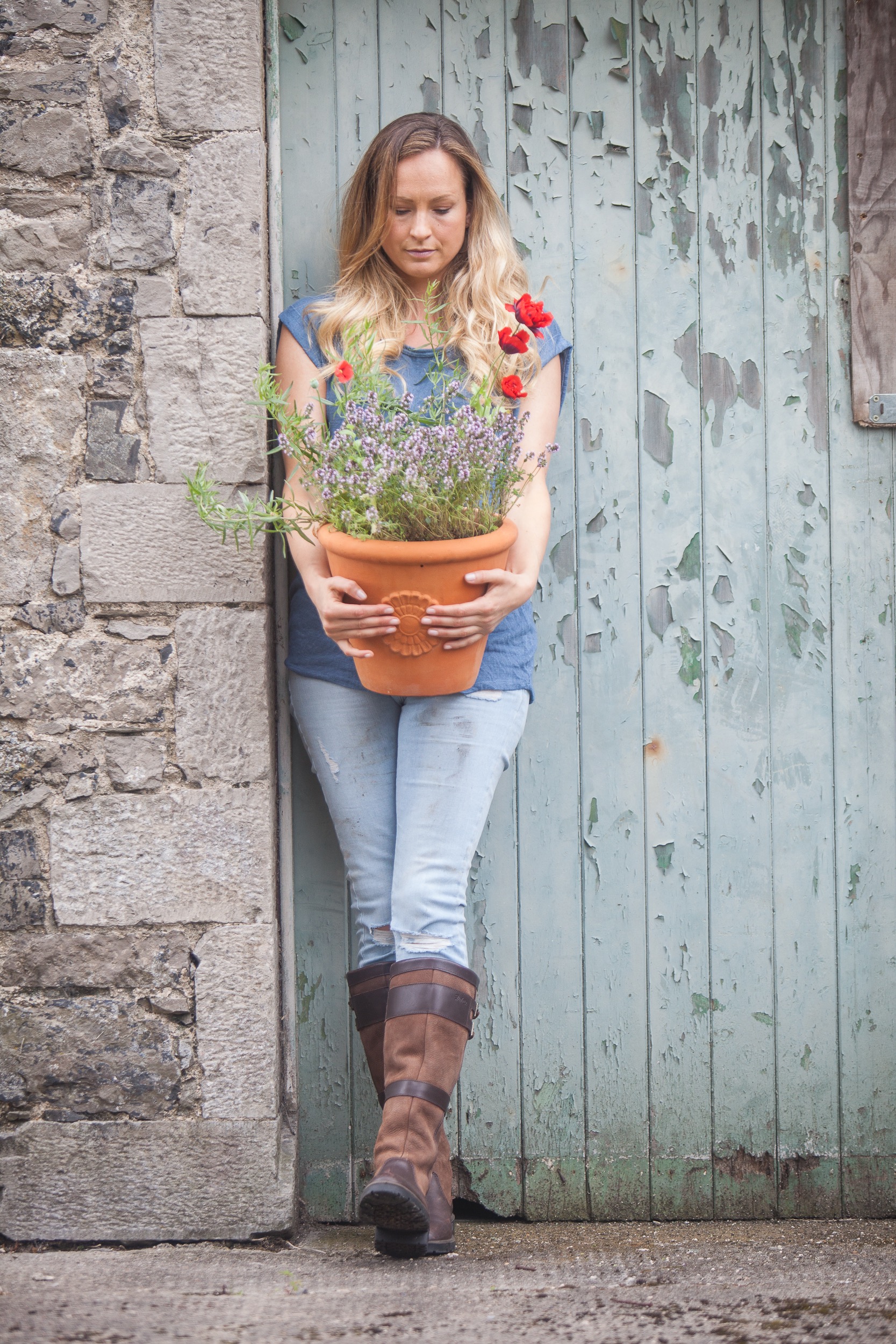 There is however no excuse not to bring a little of native European herbs into our own gardens. If you have a fairly large space to play with then you could be ambitious and take inspiration from the Monastery garden. Set out a beautifully symmetrical arrangement of beds and fill them to the brim with herbs of all kinds. A few years ago, feeling inspired, I fenced off a small area of garden on my own land and created a circular garden planned around a central fountain. I planted it up with many herbs including Lavender, Thyme, Oregano, Tarragon, Sage, Rosemary, Fennell and Bay and on the outer edges added some small fruit trees and fruiting shrubs such as Raspberries, Gooseberries and Blueberries. Almost over the whole year I have fresh herbs and Fruit from this relatively humble 10metre enclosure and it is incredibly rewarding.

If you don’t have the space to create a larger garden then what about a simple raised bed planted up with a lovely mix of herbs? Or even smaller again-a planter such as this level Terracotta one above filled with your favourites? I planted some Thyme, Tarragon and a few poppies to brighten up the pot…and you never know when you may need a poppy plaster!

Not only do many herbs enhance the flavour of our food, they also have some fascinating health benefits. Here are five of the best herbs to grow for both cooking and garden medicine:

This fascinating herb is a very useful one of the kitchen. Great with most meats and delicious with eggs, beans and vegetables it is also a plant that is useful in treating respiratory problems. In ancient Greece it was burned as incense and the ancient Egyptians used it as an embalming fluid to preserve their Pharaohs. A fascinating fact is that some herbs such as Thyme -and Basil also-contain constituents that help not only preserve food but can even decontaminate previously contaminated foods. As useful as an antiseptic as it is in cooking.

Native to the Mediterranean region this herb is the worlds most popular one. Both the flat leaf and the curly variety is used in cooking. It was regarded in Ancient Greece as a sacred herb and was also given to Athletic sports victors as a prize. It is an extremely healthy plant that has many benefits. Parsley’s volatile oils—particularly myristicin and Apigenin, have been linked with preventing growth of cancer and tumour cells.  It is also a good source of Vitamin A as well as Vitamin C.

The name Oregano means Mountain Joy and the Ancient Greeks and Romans held it as a symbol of joy and happiness. It is native to the Mediterranean region and is related to the herb Marjoram -explaining why it is often called Wild Marjoram. The volatile oils in Oregano include thymol and carvacrol which inhibit the growth of bacteria. Research has shown that due to the ingredient beta-caryophyllin (E-BCP) in Oregano, the herb which is my favourite for Pizza, is a fantastic one to fight inflammation.

The health benefits of this delicious herb are so plentiful. From helping digestion to stimulating the immune system and increasing circulation, this herb is even said to help treat asthma attacks. It is also said to improve cognitive performance so a great herb to stock up on when studying as it boosts brainpower! The active ingredient Rosmarinic acid is anti-inflammatory and is said to help allergies and nasal inflammation.

Greek mythology says that this herb was actually a nymph called ‘Minthe’ who was transformed into a plant by Persephone, the daughter of Pluto because she was jealous of her. Often used as a cleansing strewing herb this plant is probably best known for its use in tea, traditionally served in many Middle Eastern countries. From a medicinal point of view this is a wonderful herb for many digestive ailments. For people suffering from Irritable bowel syndrome, Peppermint can be a very beneficial herb to take. The menthol in the herb it reduces inflammation and smoothes fibres in the colon. It is also often used to reduce nausea and abdominal bloating. Peppermint is also beneficial in aiding respiratory ailments due to the herb encouraging cells to make substances called prostacyclins. 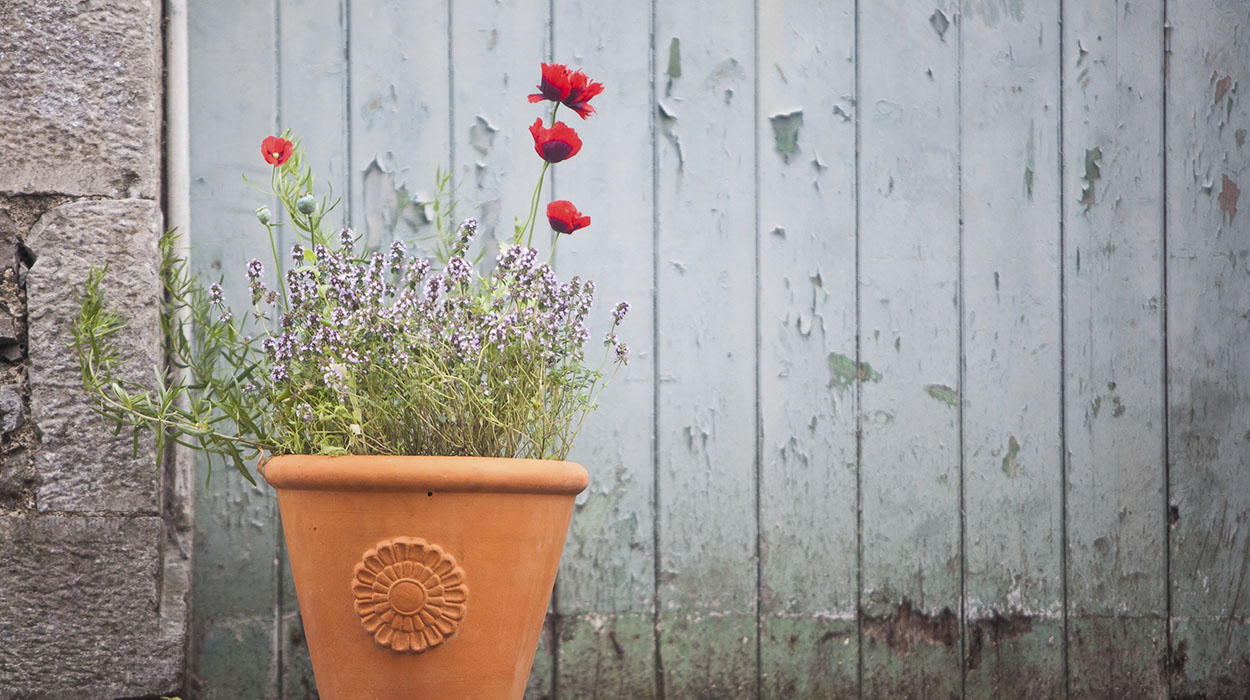 This weekend I will be at the Ballymaloe Garden Festival which runs until this evening on the grounds of Ballymaloe house. The Festival welcomes experts for an extensive programme of classes in everything from growing a wildlife friendly garden, what to grow to attract bees and butterflies, growing organic fruit and veg, designing your garden from scratch and more.

If you are in the area it’s one not to miss. My own talk is on at 1pm and will focus on creating your Dream Garden from concept to completion. There will be a wide range of stalls, food and music-something for everyone!

€8 entry (including all talks and demonstrations) – kids under 16 are FREE.

For more go to www.gardenfestival.ballymaloe.ie 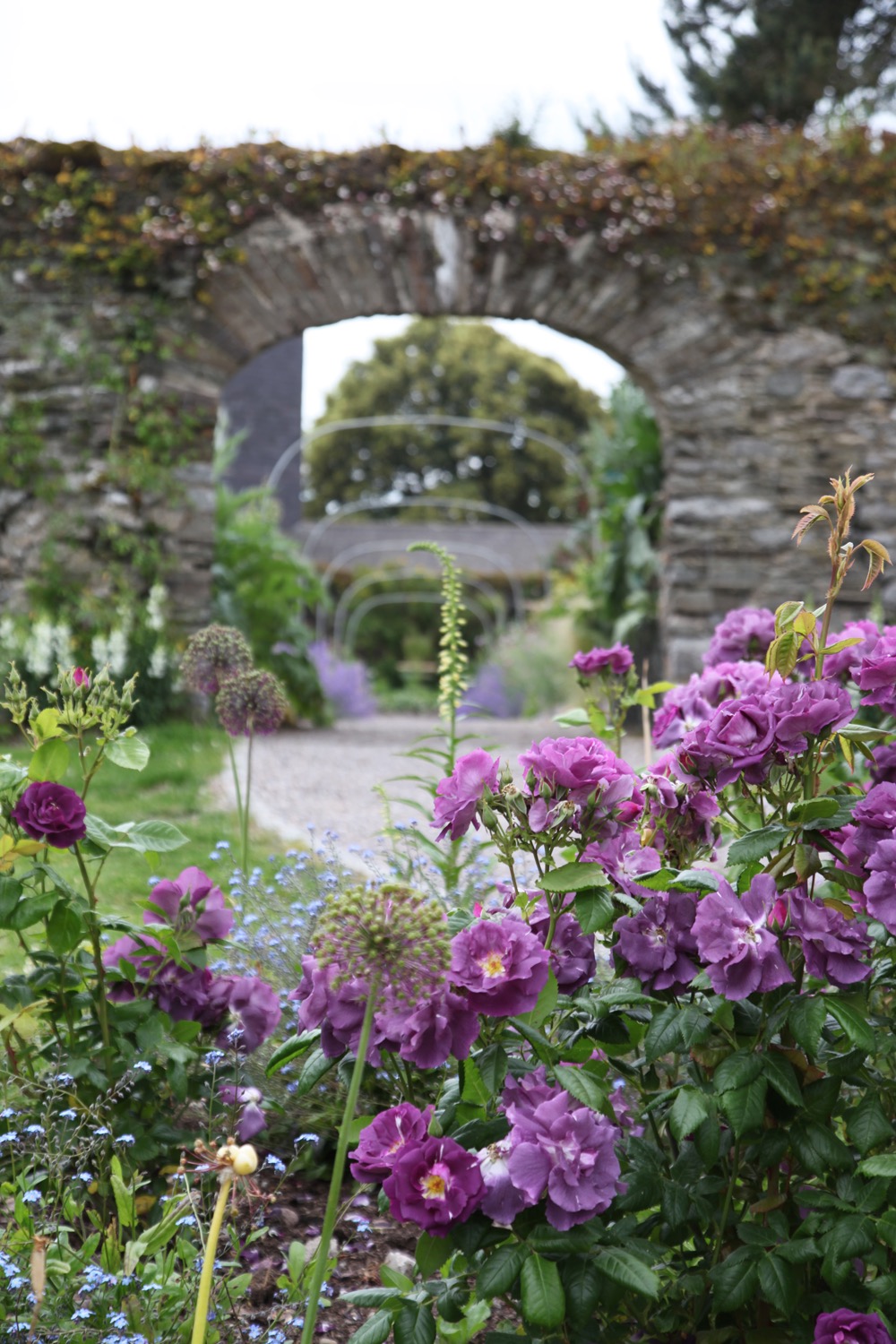 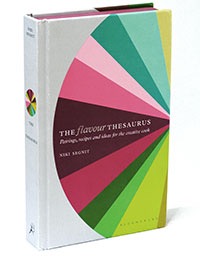 Why does Lobster taste good with Vanilla? And why is Pork and Apple such a classic pairing? In her book ‘The Flavour Thesaurus’ author Niki Segnit explores tastes and how they relate to each other in a fascinating and novel way. A really great coffee table book with beautiful colours and strong design, this book is so much more than just that. I love it to get inspiration to combine new flavours and though there are not many actual hands-on recipes, the pairings, history of tastes and stories are enough to allow you to dream up your own exciting dinners.

As printed in the Irish Mail on Sunday 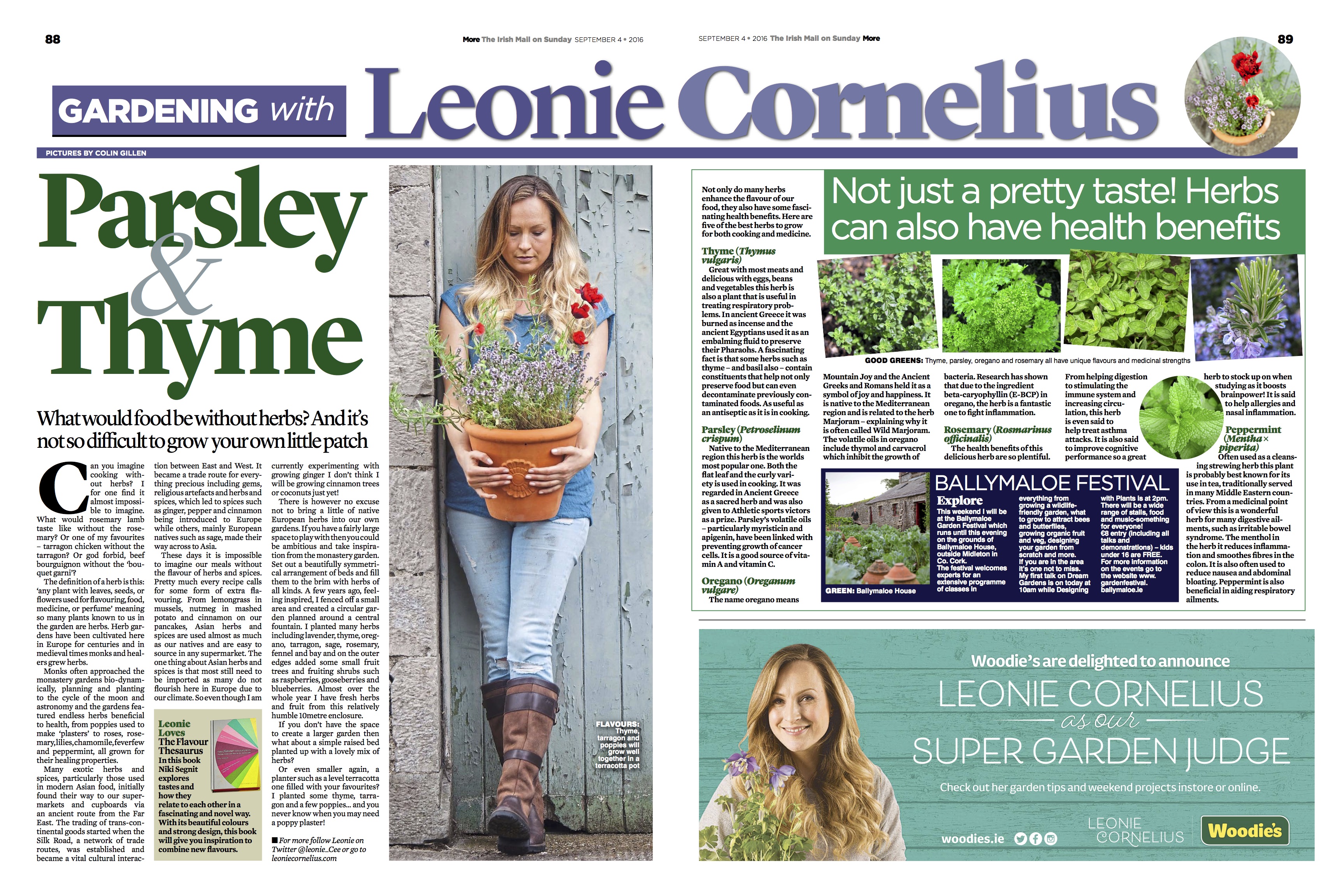