My love of Geraniums has been a long standing one. I remember as a child that in late Summer and early Autumn the pretty mounds of colourful flowers spilled out over the borders of our garden beds and then later in the season scattered their light petals over pathways and lawns like a celebratory wedding procession.

These are not many flowers as versatile as the Geranium. With their masses of colourful flowers and deep green structured foliage these plants don’t just look good they are also robust and hardy plants that are mostly untouched by slugs and other pests. Due to the fact that there are so many different varieties of Geranium it is good to know that there is a variety for every situation-whether you have a damp garden or a dry border, there are plenty of varieties choose from. Colour options are also plentiful, from large deep sapphire blue saucers, floriferous dwarf varieties with magenta pink blossoms to almost black varieties with endless flowers on tall stems, Geraniums truly spoil us for choice when it comes to colour combinations.

Many of us associate the name Geranium with the strong citrus perfume of an half-hardy plant of the same name. When I was young we also grew these scented flowers indoors throughout the whole year and they make great indoor plants. This Geranium may carry the same common name but is in fact called Pelargonium or ‘Storksbill’ and is not the hardy garden plant I will focus on here.

The hardy Geraniums are mostly winter hardy annual, biennial and perennial herbaceous plants whose name comes from the Greek  γέρανος (géranos) meaning Crane. In English we call the flowers Cranesbill due to the long fruit capsule on some varieties which resemble a bill of a crane.

When considering growing some Geraniums in your garden there are really very few downsides. They make wonderful ground cover, allowing for virtually nothing to grow underneath and thus keeping weeds under control very well. Indeed, the Geranium is often used in covering larger areas of soil particularly at the front of borders, where gardeners don’t want to plant anything too showy but yet avoid any unsightly gaps as the mounds of Geraniums fill out empty space beautifully.

Another benefit of the plant is the foliage. Early in the season the striking green foliage of most of the Geranium varieties are a great visual support to other early bloomers making for a very lush, green border. The Geranium is also a very useful plant to bring coherence to a border from season to season. The fact that they bloom for such long stretches allows seasons to change and the Geranium flowers to remain, creating a strong base with a feel of continuation.

Below are three of my all time favourite Geraniums for the garden.

Here is a Geranium that does as well in the shade as it does in full sun. Definitely one of my all time favourites, this plant is absolutely covered in blue flowers from May to September and in my garden it actually flowered until the first frost last year! The flowers are a beautiful lilac hue of blue and have gorgeous while centres allowing the star shaped stamens to really stand out. I love planting these at the base of Roses where they cover the ground and disguise the unsightly leggy base of the Rose. It looks amazing with a rich purple red of the Rosa Falstaff or even the more romantically pink Rosa ‘Reine Victoria’.

The Armenian Cranesbill is a lovely pink variety that forms clumps of lobed leaves. The flowers are a string shade of Magenta pink with stunning black centres and black lines leading out into the petals like a series of veins. This variety will grow almost anywhere but don’t like waterlogged soil. They are not fussy about orientation so will do well in sun and shade.  An added visual interest is that the leaves blush to a deep red tint in Autumn.

I love this elegant Geranium. It is a lovely plant for damp or dry shade and has an unusual shape and colour. Growing in an erect habit with long stems and compact foliage this flowers a little earlier than the above Geraniums making it a very useful plant for the late Spring and early Summer. I used this one in my 2012 Showgarden at Bloom in the Park where the lovely leaves formed a nice contrast to the meadow like feel of the grasses and perennials and it also featured in my garden in 2013 Showgarden where it picked up nicely on the tall black Iris and grasses.

June Blake’s contemporary country garden in Tinode, west Wicklow and is well known for its sweeping naturalistic-prairie style planting which spans over three acres. The garden is particularly fabulous at this time of the year when many of the naturalistic schemes are truly at their most stunning. I love the rectangular water feature surrounded by cobble and the perennial borders are truly breathtaking.  Open Wed – Sunday April – September  11.00am – 5.30pm              For more go to: www.juneblake.ie 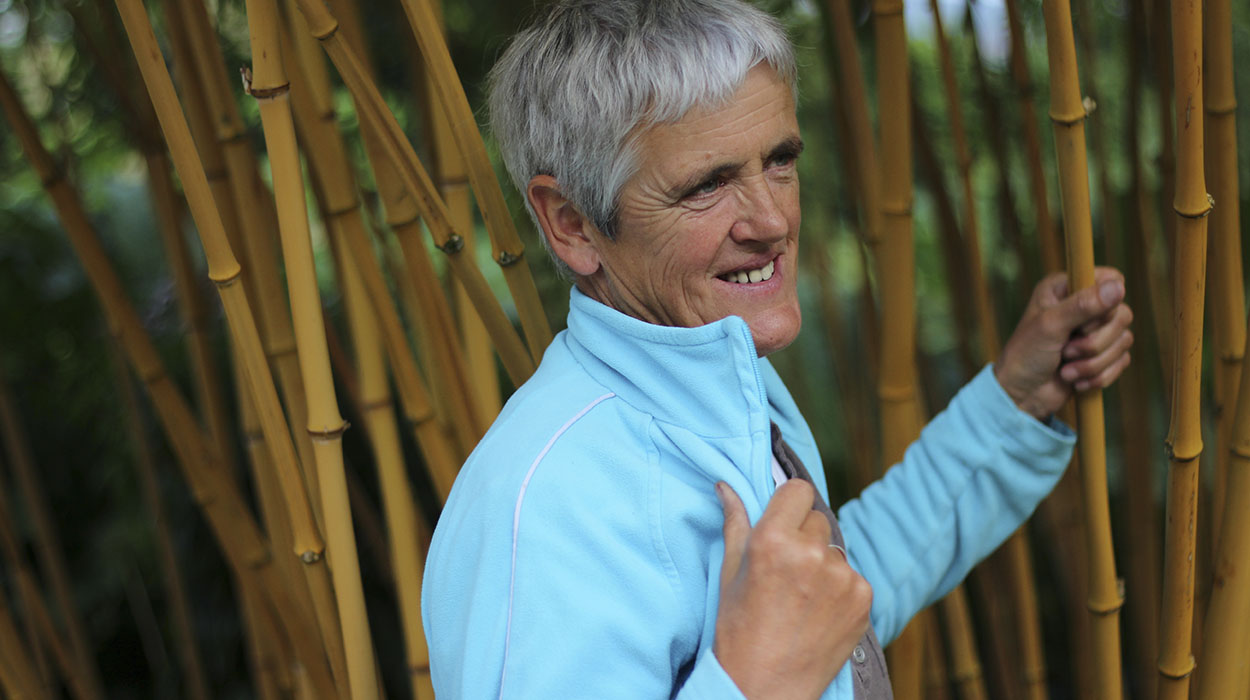 There is nothing better than jam made from foraged fruit. At this time of the  year our hedgerows are starting to explode with delicious Blackberries. What better way to spice it up  and adding a vintage taste than adding some scented Pelargonium leaves? Some of the indoor varieties can be used in cooking which makes for a very different taste. For my Jam recipe I have decided to use Agar-Agar instead of gelatine, which is  made from freeze dried sea-vegetables and a great alternative for vegetarians. It can be tricky to use but if you make sure that the flakes dissolve totally then its a great natural product. I have also used only a small amount of sugar which I prefer as I think too much sweetness takes away from the taste of the berries. If you like yours sweeter just add about 300g more.

Note. These jams should keep for about 2 months of you store them in your cupboard. They will however last longer if you have space in your fridge.

A kitchen herb story |What would food be without herbs?