Everyone needs a sanctuary

The client was a family of four with two young teenage children who took part in RTÉ’s Super Garden in 2012. The family loved entertaining and wanted a space for dining and relaxing in the garden. They also had two beautiful rabbits, Cookie and Cream, who needed to be taken into consideration when thinking about the prospective space. The site used to be a meadow before the estate was built. The family was open to using unusual and innovative materials.

The concept was  contemporary space using modern materials that contrasts with the soft, naturalistic, meadow planting. The garden is based around family life and the two pet bunnies. It should be great for entertaining and relaxing, as well as having an innovative use of materials. 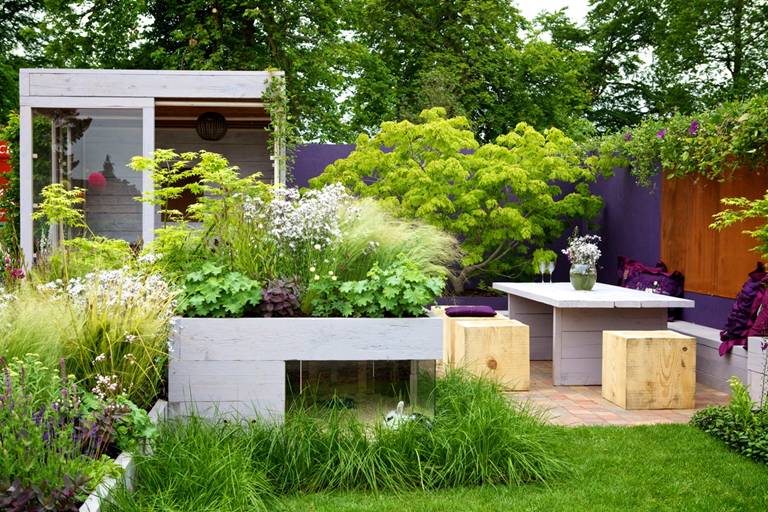 Materials here saw us using old industrial materials and treating them to become something new. Scaffolding planks were used to create everything from the hut to the seating and using just this one material brought great unity to the space. The hut was created using two large reclaimed teak doors and combined with re-imagined scaffolding planks. Leftover corten steel sheets from an architectural project became wonderful eye-catching works of art on the wall of the garden and brought texture and depth to the space. These gorgeous rusty panels will just get better with time and are one of my favourite materials in the garden.

All timber areas were finished with an organic paint from Germany called AURO and custom mixed in a pale lilac for this space to create a semi-transparent wash of colour so that the grain of the timber was retained and yet the material was protected from the elements. 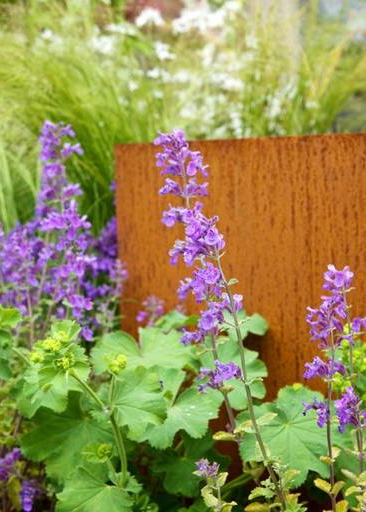 Colour in this garden was fairly limited and yet had a strong impact. The contrast of the rich purples of the walls and greens of the planting were chosen to underline the contrast of architecture and nature. Swathes of white in the planting and dots of light yellow were used to bring lightness to the scheme and a scattering of maroon-red created little elements of unexpected colour in the overall picture. 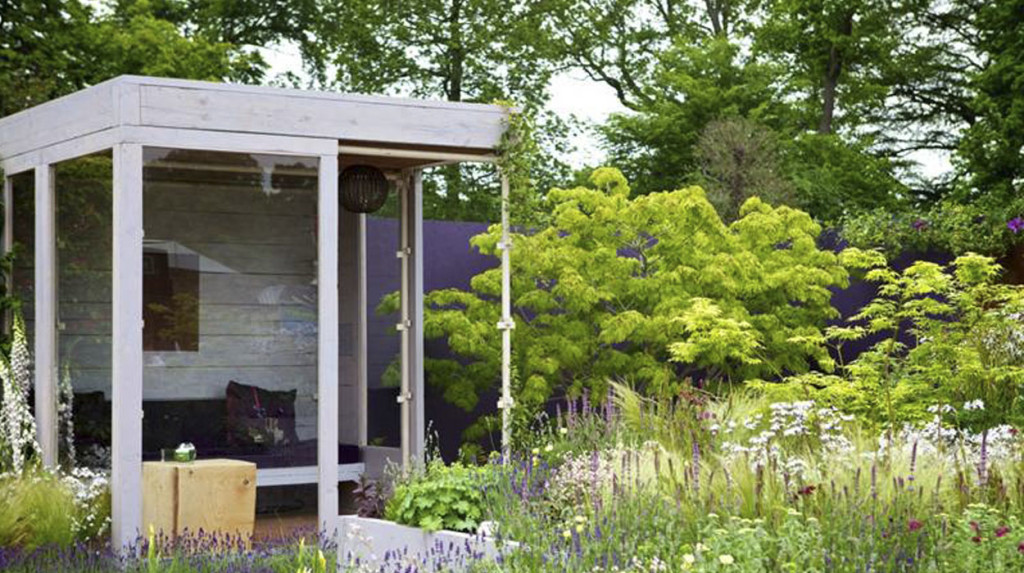 Here the accessories were kept to a minimum. The steel wall features became accessories like a painting would in an interior space. The large solid blocks of timber were the only furniture that was not permanently installed and instead became seating that acted as focal points. The most elaborate and eye-catching accessories were the customised cushions by designer Ana Faye, which took the colours of the garden and used fabric and leather to create a stunning, complimentary design. The shapes were designed to mirror the geometric shapes of the garden and this nished the space perfectly.

Subscribe now to get the latest news from w|ė sent directly to you!

A love letter to the West