One of my earliest memories as a child is being awestruck by the beauty of fireworks. To this day the magical display of explosive fire, controlled to form so many incredible shapes in endless colours, takes my breath away. Fireworks were invented in China, where the celebration of letting off these beautiful displays forms part of the welcoming the new year. In China they are believed to ward off evil and scare off bad spirits and misfortune and this custom of celebrating with fireworks has spread to many countries all over the world. Some of you may be lucky enough to be attending a display tonight and celebrate the new year with a beautiful display but if you’re not, here’s some inspiration of fiery explosions for a blooming start to 2018.

When looking at plants growth habits in detail it is fascinating to study the endless forms. From scrambling habits to conical and erect forms all the way to bushy and mounded shapes, the plant world has much to admire. Plants often grow in spray form too, think of the starry shapes of grasses, aloes and many other succulents. The most striking shapes can be found in the actual flowers of plants however and many of these have beautiful shapes which echo strobed light, much like the shapes of a firework display. Here are some of my favourite firework inspired flowers.

One of these beautifully shaped blooms grows on a flower that most people know as the ‘Trailing Iceplant’, or in Latin, the Delosperma cooperi (pink) and Delosperma brunnthaleri (yellow) . These dwarf perennials are native to South Africa and are one succulent plant the can survive temperatures as low as −29 °C. It does however love heat and needs very well drained, gritty soil to do well. The daisy like flowers on this plant are lovely starry shapes, almost like Asters in character and the plants, which grow to cover large areas of ground, often have masses of blooms, making them a very rewarding plant for dry areas in the garden. One very important thing to remember is that moisture teamed with cold temperatures will kill this plant so keep them sheltered and in dry conditions.

The genus Mamillaria is one of the largest groups of cacti with over 200 recognised species existing. Most of these lovely cacti, some of which are also sometimes known as the pincushion cactus, globe cactus and nipple cactus, are native to Mexico but some are from areas of the Caribbean, United states, and other South American countries such as Colombia, Venezuelan, Honduras and Guatemala. These plants are very popular with Cactus enthusiasts and collectors due to their generally neat size and beautiful display of star like flowers. They are also generally quite easy to cultivate and care for and they make wonderful low maintenance plants for windowsills indoors. The flowers are beautiful star-like, funnel shapes and come in a large variety of colours, from green and yellow all the way through to pinks and red.

Queen of the night -Epiphyllum oxypetalum

This relatively unassuming looking plant has some of the most striking flowers I have ever encountered. The first time I came across one was many years ago in a small village of Jimena in the South of Spain where the hotel we were staying at had many different Epiphyllum plants. One night after dinner in the leafy courtyard we headed back upstairs to out room and the noticed the most divine scent. Strong and sensual almost like sticky perfume on human skin, the flowers of the Queen of the night, the Epiphyllum oxypetalum, had opened. The next morning the flower was wilted and fascinated, I asked the American owner of the ‘Hostal Anon’ hotel about this incredible night blooming plant.  She told me about the plants which bloom for one night and then fade, making it quite rare to witness the flower display. This cactus is native to Mexico and is one of the most cultivated forms of the species in the genus. The name oxypetalum hints at the star like shaped flowers and translates as ‘with acute petals’.

An explosion of blooms

This densely spiked cactus is native to South America and there are about 128 species of Echinopsis. They range from small, globose cats to large almost tree like cacti and their names include sea-urchin cactus, hedgehog cactus or Easter lily cactus. These cacti grow only in areas where soil is sandy or gravelly and even grow on hillside crevices and cliffs. The flowers form best if they have a period of drought in the Winter months so if you manage to get one of these beauties for the sunny windowsill make sure you don’t overwater them in Winter. The flowers of these cacti are an absolute highlight and are a great surprise when they open both for their show colours as well as their large size in relation to the cactus itself. They are born on sprays of cactus tube which elevates the flower from the cactus and makes them appear positively firework like.

Start your own collection with Urban Plant Life

Urban Plant Life on Cork Street in Dublin 8 is a fantastic address for all things plant related. Particularly for indoor plants this shop has many beautiful options to brighten up your windowsill. They even have a great online store which offers everything from succulent plants to citrus trees. To start your collection why not try one of their mixed cacti in 13cm pots which only cost €10.95 for a selection of 8 different cacti?  For more go to www.plantlife.ie 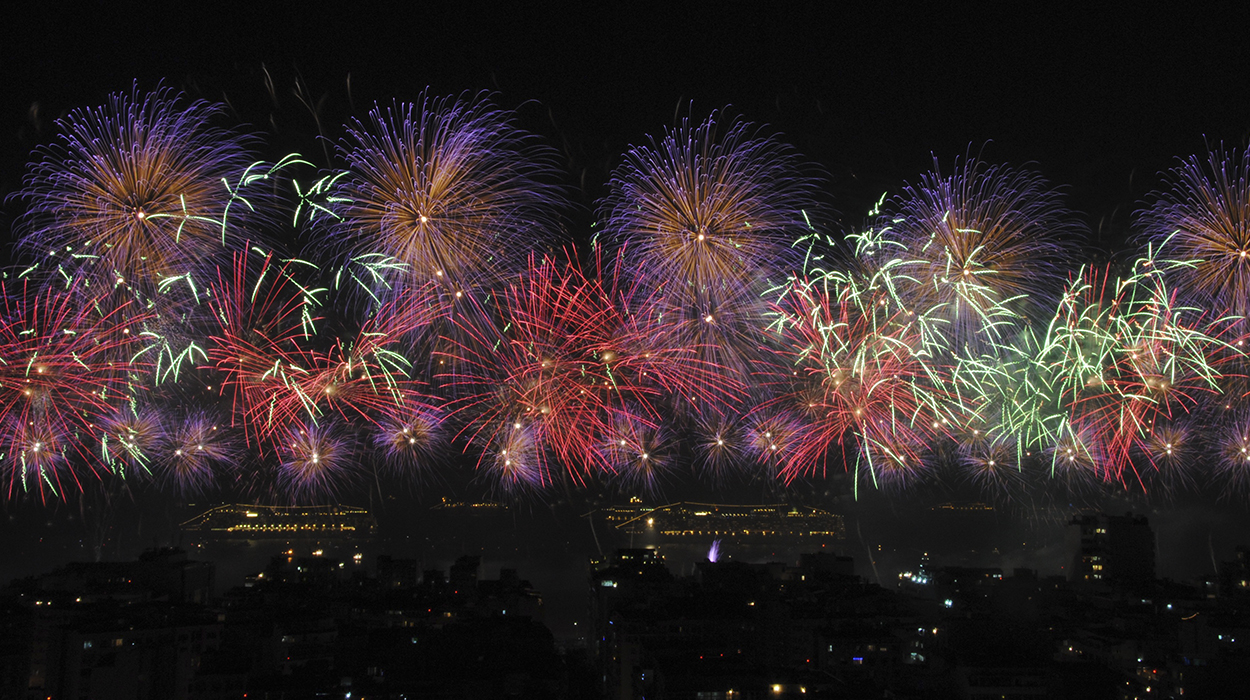 If you love fireworks on New year’s eve then there is no better place to party than Rio de Janeiro. Rio is known for its incredible Carnival celebrations but their New Years eve is almost as big a deal to the Cariocas. Every year, about two million people gather on the famous Copacabana beach to enjoy the spectacular display of fireworks and have a spectacular beach party. It is customary to dress all in white and place flowers in the water to pray to Yemanjá, goddess of the seas as part of the practice of Réveillon, a uniquely Brazilian celebration that blends religious, superstitious and traditional beliefs. On the list for next years celebrations!

Wonder wreath | How lichen found its way into my Christmas wreath.