Have you ever come across a garden and sighed with the sheer impact it has on you? As a garden designer and writer this is one effect which I am always searching for, in my own designs but also in gardens I visit and write about. Clever composition in planting is one important aspect of a garden that feels magical. Carefully placed plants, with sympathetic companions make for visual feasts which will stay with you long after you leave the space.

Many gardens I have visited have wowed me, Versailles left me reeling with wonder and the sheer grandness of it all, the Alhambra speechless at the perfect symmetries. The most personal connections I have had with gardens however have been with spaces that have not been visually over-designed. Spaces that seem so much a part of nature that when one learns a garden designer has created them, it seems impossible.

Many successful gardens in modern times embrace the ‘Wild garden’ concept, or what is known today as the ‘New Perennial movement’. New perennial and naturalistic garden designers use a clever mix of grasses and herbaceous perennials and plant them in a softly drifting way to echo how plants grow in nature. However natural and wild these gardens feel and seem, there is a sophisticated rhythm and pattern behind the layouts of these gardens. Plants are chosen for their form, structure and movement and much of the gardens success relies on the careful choice of plants that sustain themselves in the chosen habitat.

Most of us have seen a garden like this at one time or another, possibly even at show garden festivals, where the new-perennial movement makes its way into most gardens in one way or another. Not many people however know that the roots of the wild garden, or new perennial movement, which have spread all over the world, are said to have come from the mind of an Irish man. William Robinson was a late 18th century and early 19th century gardener who embraced a more wild and natural approach to garden and planting in parallel to the Arts and Crafts movement’s search for simplicity and honesty. Robinson, who was also a Journalist and writer, wrote many books championing the use of ‘wild garden’ planting. Interestingly he was also the first gardener to introduce the idea of leaving no gaps in borders, something that is also apparent in most show gardens.

A perfect example of a famous ‘new perennialist’ is the Dutch garden designer Piet Oudolf. Oudolf’s work manages to be both stunningly recognizable as his signature style as well as looking like it has always inhabited the space it fills. His use of repetition and large drifts  of one plant overlapping with another in his garden make for beautiful patterns which feel like they are almost too beautiful to be true.

Some ideas and plants for your own naturalistic new perennial border

If you like the feel of these wild and beautiful gardens here is some inspiration from the best.

Achieving the easy and natural look of a new perennial garden is actually not as simple as it looks. behind many seemingly simple ideas lies a wealth of experience in composition, scale, proportion, harmony, balance and of course in-depth planting knowledge. The idea is to create a sense of nature while having a very clear plan in mind. A great way of starting to explore this style is by choosing a few plants and playing around with a small composition. Here are some ideas based on Piet Oudolf and Noel Kingsbury’s writing in ‘Planting-a new perspective’.

1. Start off with an anchor plant- Piet Oudolf calls his the primary plant. This will be a plant that has the most impact in the border, one that really shines and has a visual appeal. I love the idea of using the soft yet visually arresting Nepeta or Catmint as this plant and combining it with another similar textured one such as a more pink Salvia. Oudolf plants these in informal drifts, sometimes as blocks of planting, making them feel like a river of purple and pink. These can then be planted along some primary plants with lower impact-the supporting plants-such as Alchemilla mollis and more green foliaged plants.

2. Next comes the Matrix plant. This is often a grass which is planted en-masse and has a strong structural and visual appeal. This matrix plant gives real atmosphere and movement to the master plantsman’s schemes. Within this matrix scheme we have groups of smaller plants which are more visually prominent. Oudolf often uses grasses such as Sporobolus heterolepsis, Calamagrostis ‘Karl Foerster’ and Deschampsia ‘Goldtau’ to name a few, to create a flowing movement to his schemes making them feel truly magical.

3. Last but not least Oudolf adds the scatter plants which give the real sense of wildness. These plants are scattered throughout the scheme and unite the whole area just as plants would grow in a wild habitat. I love how he uses plants such as Echinacea and allows them to pop up here and there, looking like they have always been there. The tall seedheads also work wonderfully in contrast to the colours of the primary plants. 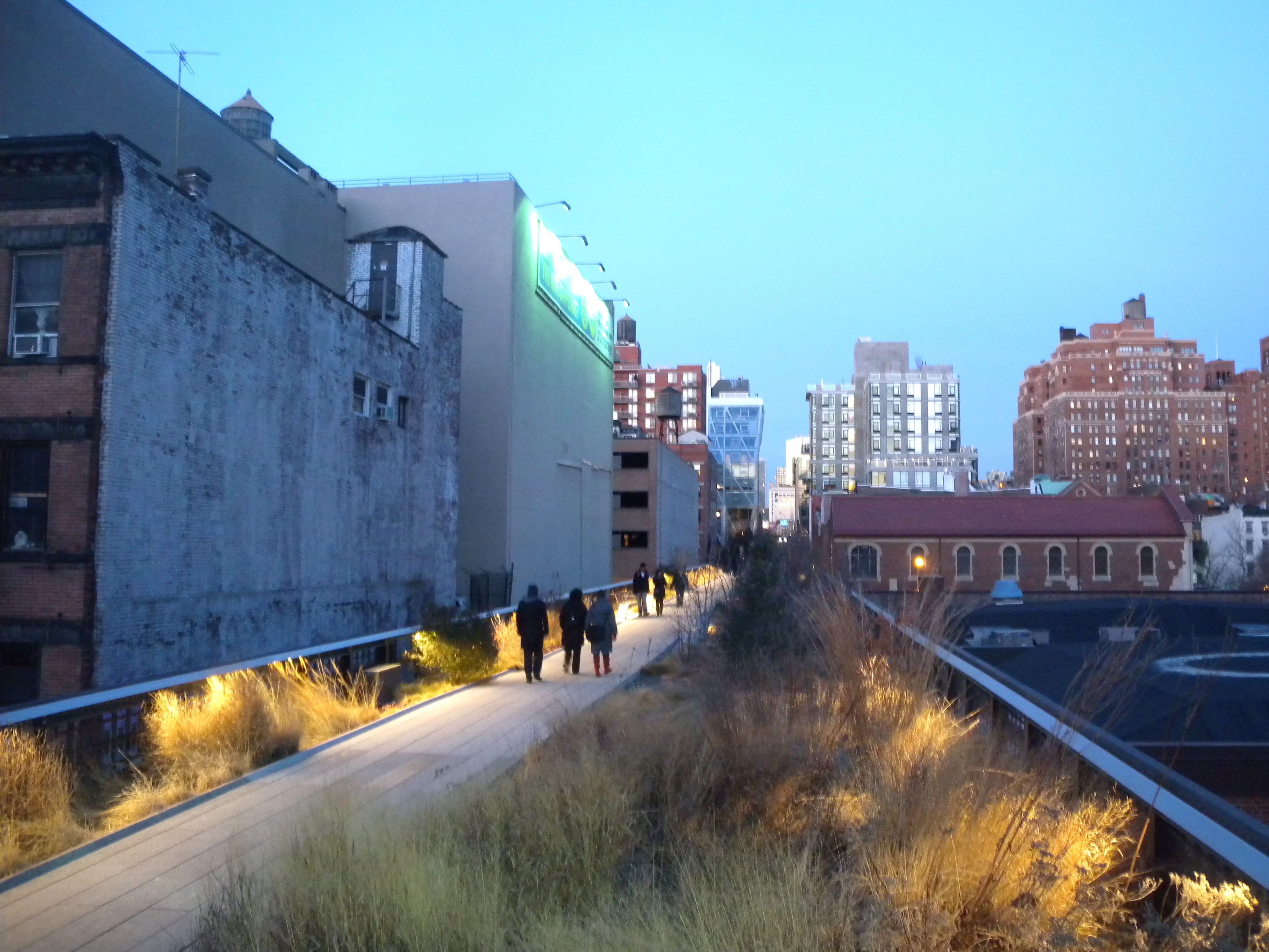 A Manhattan meadow scheme to green the city.

Naturalistic style planting is particularly exciting if placed where it is least expected.

On the New York’s High Line project a green area has been built on an old and disused railway line which is owned by the city of New York. Here, in the heart of Manhattan, the raised park is a wonderful example of new perennial style planting and can be found right in the middle of the city. The project, for which ground was broken in 2006 was designed by James Corner Field Operations, a landscape architecture firm, Diller Scofidio + Renfro, and Piet Oudolf, planting designer. The park is operated, maintained and programmed by a group called ‘Friends of the High Line’ as well as the New York City Department of Parks & Recreation. It is a wonderful example of how old urban structure can become a home to a healthy wild biodiversity.  Oudolf, a former nursery owner combines the planting here so cleverly, making it feel like nature is truly reclaiming the platforms.  For more got to: www.thehighline.org

Lessons from the Master

When I was studying garden design in London I did a lot of research on the History of garden design and how it evolved through the ages. Studying each era was fascinating and there is much to be said for so many garden styles and approaches. When I first came  across the work of Piet Oudolf I was literally mind-blown. This man’s work was so quietly stunning and elegantly breathtaking it was hard to see where nature ended and the garden began, and yet….his designs are almost too beautiful to believe. A master of the naturalistic and new perennial style of gardens this designer has created commissions all over the world and his style is instantly recognizable. This book is a wonderful study of the ideas and thought processes that go into his gardens and takes a close look at the structures, intentions, methods and plant choices that make this designer’s gardens so great. Interestingly this book is written by Oudolf and Garden designer and writer Noel Kingsbury, who together share their understanding of plant ecology, planting combinations and performance. A fascinating read for anyone interested in gardens that are rich in spirit and sophisticated in design.

by Piet Oudolf and Noel Kingsbury

Food for Egyptian gods | The Lupin and its fascinating foodie history