Did you know that the daisy is one flower which grows everywhere in the world except the Antarctic? When I came across this fact again during my research for a recent project I’m working on I was reminded why the daisy is one of my absolute favourite flowers. Surely a plant which grows in the heat of an Australian landscape will struggle in the much cooler Canadian landscape? But this little flower, known to most of us as a sign of Summer and good weather-and unfortunately to some as a weed in the garden- is a true climate warrior.
The fact that this plant spreads prolifically in our lawns during the Summer months may be the bane of many gardeners life, but it is exactly this tendency to thrive even in inhospitable conditions that have led to the spread of the daisy worldwide.
The daisy -or Bellis perennis– belongs to one of the family of Asteraceae, one of the most widespread groups of plants in the world and the daisy is often considered the archetypal species of that name. This family has about 32,913 accepted species names which is only rivalled in number by the orchid family. These pretty little herbaceous perennial plants are native to Europe, but have naturalised in most temperate regions worldwide, even growing in Africa, Australasia and the Americas. 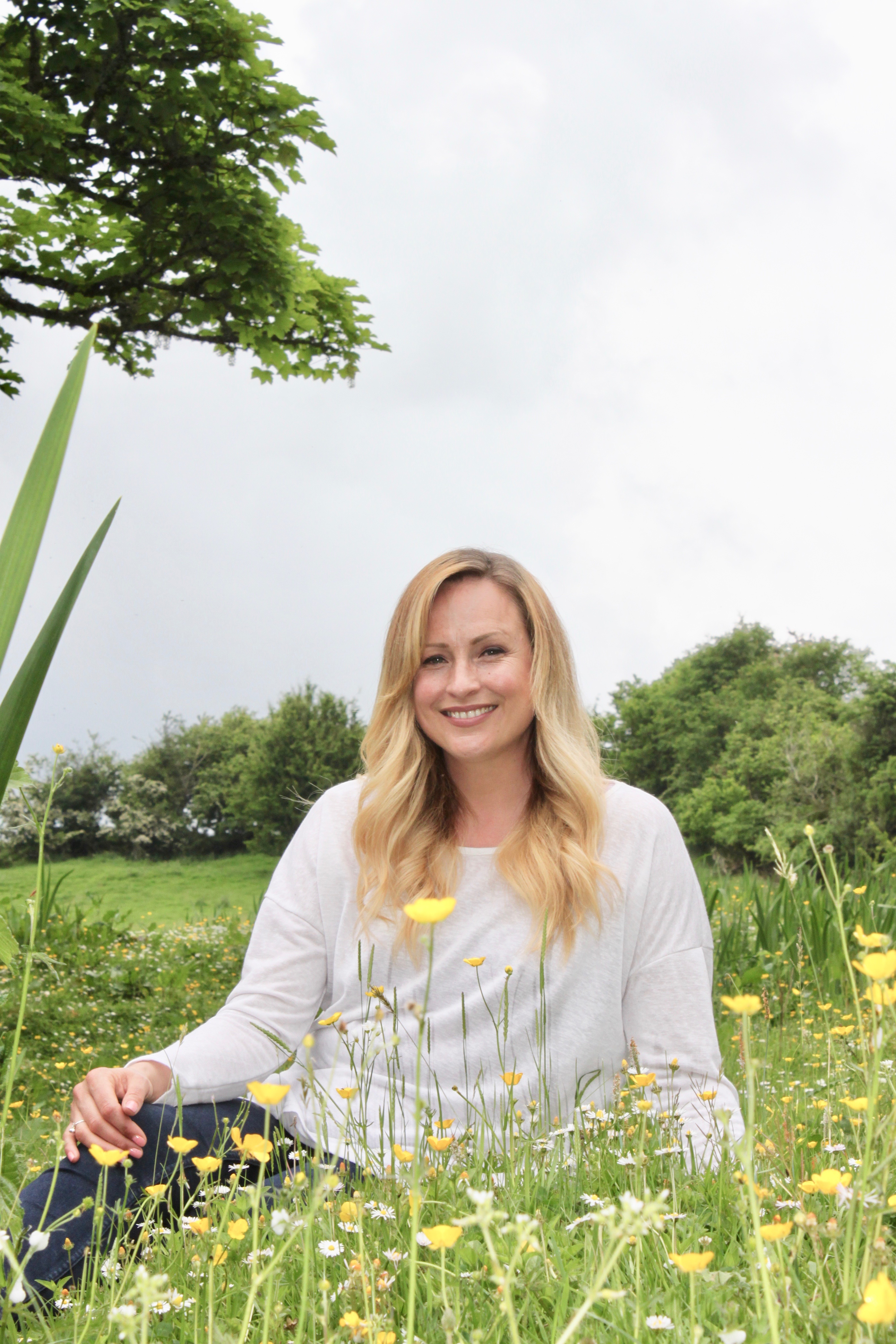 From a visual point of view the common daisy is definitely one of the most recognisable plants out there and I personally love the simple shape of the common daisy. Like many other cultivars this has a lovely cushion like centre and many concentric petals that span out from it, visually reminiscent of the sun’s rays. Interestingly while it looks like one flower, technically the daisy is made up of two flowers- one being the cluster of tiny yellow disk petals at the centre of the flower (the eye) and the other the white petals which spans off the centre (ray-florets).

In my own garden I try to always embrace the daisy- whether growing wild in the field or planted cheekily self seeding itself into my newly planted containers, this pretty flower always brings a smile to my face making me feel that for all it’s struggling, it has certainly earned its place in our gardens. I am not the first to have fallen for the charm of this little beauty and the daisy has found its way into numerous literary works. Shelley for example described them as ‘earthbound stars’ and Chaucer claimed the daisy was his favourite flower the ‘day’s eye’ and said it was the only flower that could ‘soften all my sorrows’.

While it is certainly beautiful to look at the daisy is more than just a pretty flower for us to admire. When it comes to wildlife this plant is one of the earliest flowers to emerge in the garden and one which is invaluable for wildlife. It is not a meal for our animals friends either-being edible to humans too, this plant is a great one for adding to salads or for making daisy tea, the taste fresh and green and the flower adding such a pretty touch for garnishing.

Medicinally this plant also packs a punch and is recognised as a healing herb. It has a history of being used for treating wounds and daisy tea has been used for treating coughs, bronchitis and inflammation amongst others.

So considering all these incredibly benefits, I thin it’s time to start welcoming these flowers back into our gardens and lawns. Long live the humble daisy! 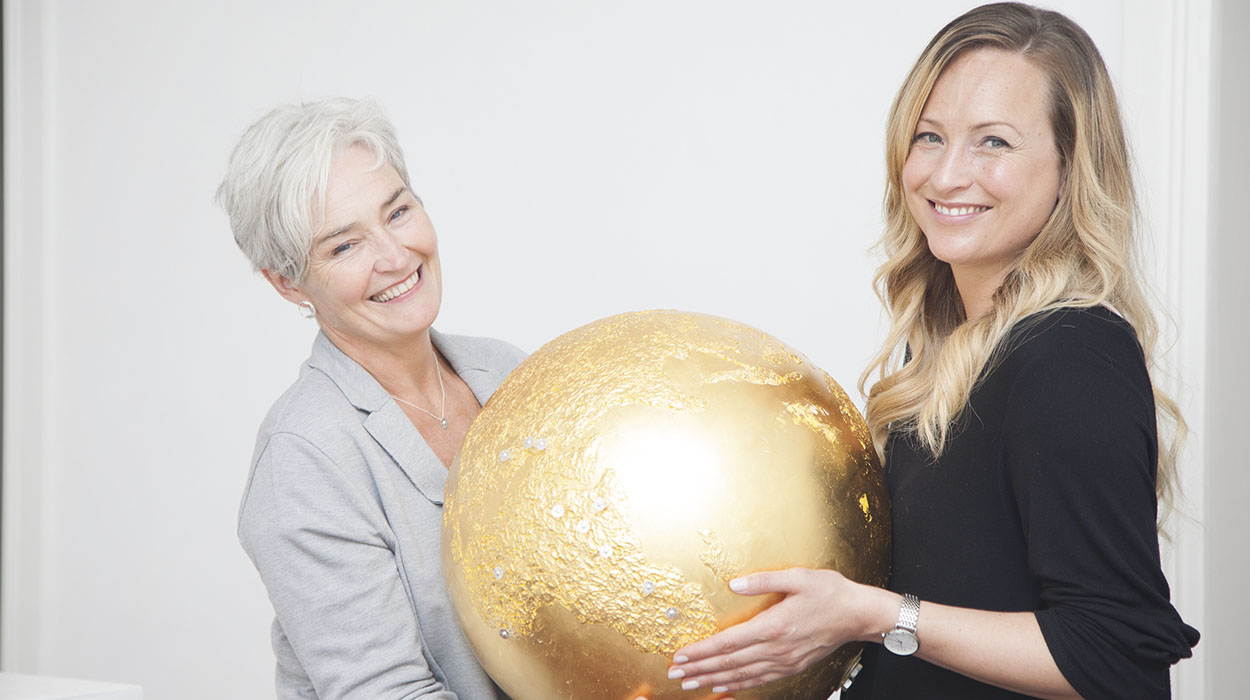 The daisy plant always reminds me of warm summer days looking up into a blue sky making daisy chains and one thing I love most about the flower is that it is one which has long been associated with purity, innocence and love. This is the reason it became the central theme of a recent project which I worked on for the GOAL charity.

The GOAL ‘What on Earth’ project is a wonderful collaborative art project which saw 100 resin globes being customised around Ireland by well known names and artists. Having recently been asked to do ambassador work for GOAL, I teamed up with the award winning jewellery designer Martina Hamilton and we set about creating something special for the charity for their auction at the end of November. As a concept we wanted to draw inspiration from both of our fields and ultimately create an artwork which represents the powerful work GOAL does globally and the positive impact it has on our fragile and precious world.

After much brainstorming we came up with the final design called ‘Precious Matter’. A 23.5 carat gold leafed globe which highlights fragile and precious nature of our world. Taking inspiration from the daisy, we decided to design our own custom version of the Bellis perennis and made thirteen little sterling silver daisy flowers, which scatter the globe and  ‘grow’ out of the exact locations where GOAL work.

It’s been an incredibly journey so far and truly fascinating to see the globes all go up online for auction together, a riotous mix of colours and genres, created by so many incredible artists and designers. If you want to see the amazing 100 designs and get your hands on one of the fantastic  works of art (and of course do some good while you’re at it!) then visit the auction progress on www.galabid.com/auction/globes

This globe and the other selected ‘Golden globes’ are also online for pre-auction now will be part of the final live auction on the 28th of November at Buswells Hotel, 23-27 Molesworth Street, Dublin 2.

For more information go to www.goalwhatonearth.ie 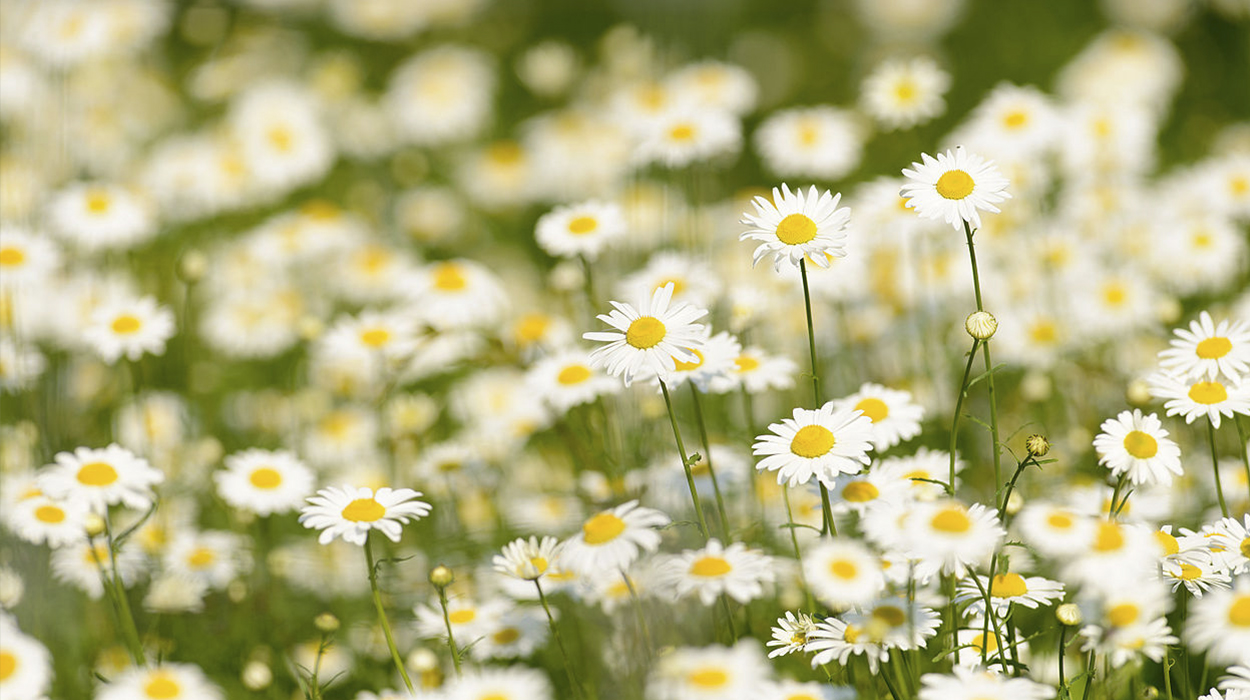 INSPIRE -Vino Veritas | Why wine is going back to its roots.