For many people, one of life’s pleasures is a good glass of wine after a long week at work. But when you take a sip of your rich red wine for example, sniff, and taste the delicious flavour and admire the unfolding depth, do you ever think of the plant which it has come from? Admittedly, even though the image of grapes often comes to mind while the drink rests on your tongue perhaps a hint of liquorice or cherry even, it was only recently on trip to France when I started really thinking about the plant itself, the ground it grows in and its ancient history. 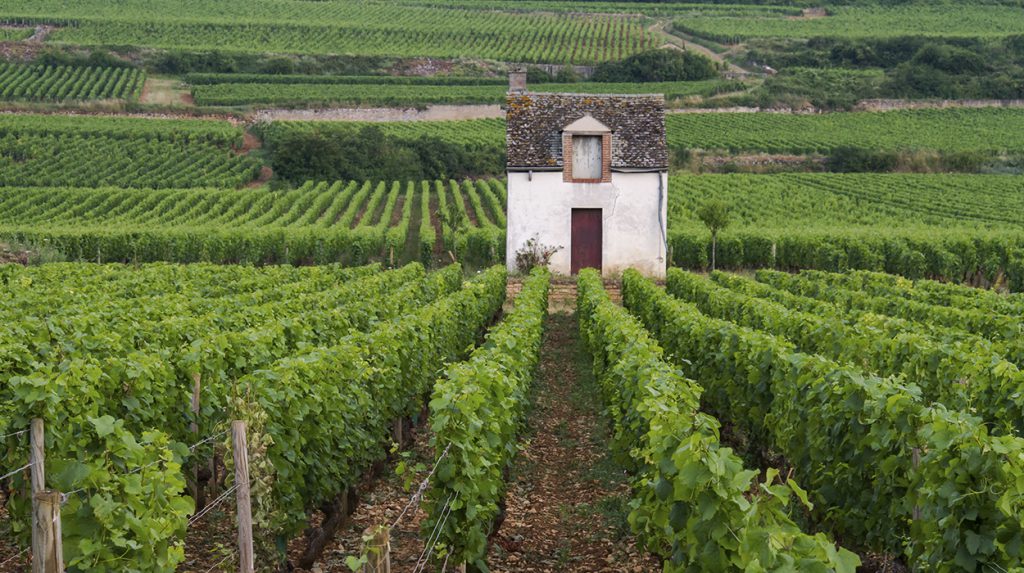 While driving through Aquitaine’s gently undulating hills covered in sunflower, sweetcorn and of course wine, I got to thinking about the science of Viticulture. This ancient tradition, certainly one thing this region is known for, is based on the science, production and study of the grape- the fruit of the common grape vine.

Walking through lines and lines of grapes, we admired the symmetry and proportions by which the plants were designed and admired the views all around us. While the region’s landscape is certainly quite striking in its geography and light, the plants themselves are quite beautiful too and the Vitis vinifera plant is a fascinating one to study. It is a liana by definition, which is any plant with long-stemmed woody vines which are rooted at ground level. Typically you will find most lianas in tropical, moist rain-forest areas where they use the canopy of leaves above to support them and get to the light above. Temperate lianas however include the Clematis plant for example and also the common grape plant used for winemaking today.

This particular liana, or liane, is mainly native to central Europe, the Mediterranean region- where I find myself admiring them-down to Morocco, east to northern Iran and all the way to southwestern Asia. Interestingly there are thousands of Vitis vinifera varieties but only a small number of them are suitable for the commercial production of wine, edible grapes and raisins. 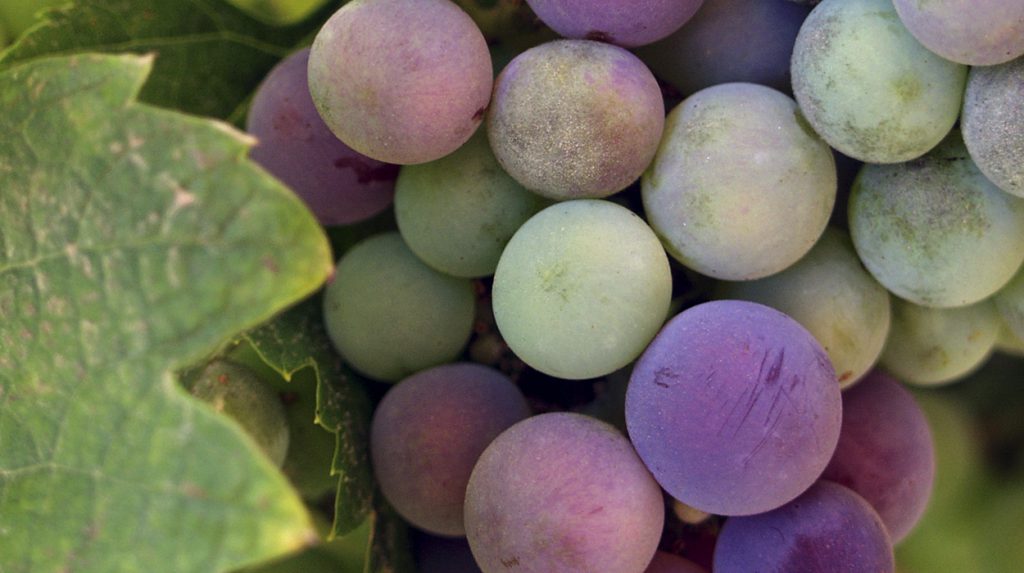 The tradition of using grapes to ferment into an alcoholic beverage is indeed an ancient one. With the earliest archaeological evidence of the making of grape wine was found in sites in Georgia and goes back all the way to circa 6000 BC. It was long used in the religious context due to the fact that it has an effect of altered consciousness in the consumer. All the way from the Greek and Roman worship of Dionysus (or Bacchus) the god of the grape harvest to the ritual wine consumption in Jewish religion and to the Christian church, where it became part of the celebration of the Eucharist commemorating Jesus’s last supper, wine played an important role.

Today growing the plant for wine is a fascinating science and relies on many factors one of which is often considered the most vital, the terroir. The power of terroir is considered to be absolutely vital in the quality of the wine and determines the complexity and individuality of the wine. Based on a fascinating combination of geography, soil characteristics, altitude and micro climates, terroir is a complex study which is unique to each vineyard and can vary considerable from two areas within a vineyard-at times even between two rows beside each other in the same vineyard!

Considering that no two geological locations will have the same terroir, it is makes sense that the living organism that is the wine plant, will develop a product which gives a tasty hint at its locality. It is no wonder that terroir has always had a hint of mystery and magic associated with it. 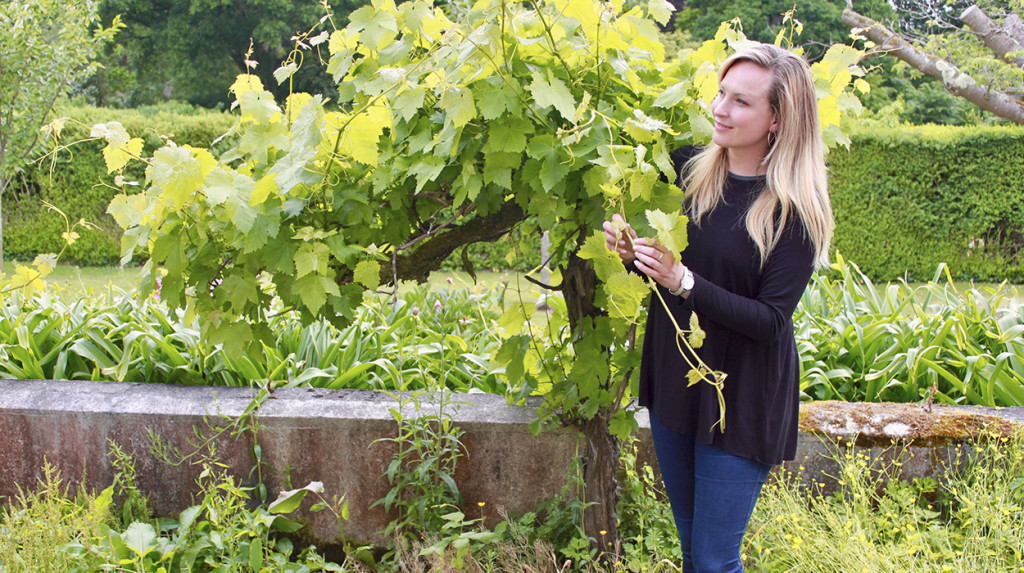 France is a fascinating example of a country which has created a rigorous system of appellation according to geographical terroir. Due to its layers of different climatic conditions and soils which are all in close proximity, a system was developed in the 19th and 20th century to divide the areas into appellations and classify the wines. Taking into account these strict classifications it is fascinating to discover that an expensive Pauillac premier Cru for example, which grows on the dry gravel layers of the Gironde, grows in close proximity to a wine which is a quarter of the price and may only call itself AOC Haut-Mèdoc. The reason for this is the terroir, which relies on unique soil, climate, terrain and tradition. In this instance the focus is primarily on the soil aspect where Pauillac grapes grow on plants which root in layers of gravel soil, the Haut-Mèdoc tends to grow on more sandy and clay soils. Different soils-different plants-different wine.

Where in architecture, interiors and fashion we have ever evolving trends, in wine we see a similar pattern of changing moods in consumers over the years but there is one which seems to drive viticulture into one very particular direction overall. Certainly in Bordeaux this one development seems to be a trend towards biodiversity with more and more chateaus, such as the renowned Chateau Pontet Canet for example, taking the plunge into organic or even biodynamic viticulture, with many others following.

Biodynamic viticulture is a form of agriculture which is similar to organic farming and was by developed by Rudolph Steiner an Austrian philosopher, social reformer, architect and esotericist. The principles behind the movement were developed in response to farmers, who after using chemical fertilisers on their land, complained about degraded soil conditions and a deterioration of quality of crop and livestock. The issues associated with creating monocultures, particular for commodity crops, which need pesticides to survive and deplete the soils have never been more problematic than they are today.

“Thankfully many people are recognising that a shift in perceptive is needed and trends show that mindful growing, ethical approaches and more biodiversity is something we are finally waking up to”.

This is a shift which is set to stay and more and more vineyards, particularly in the Bordeaux region are linking into this by promoting traditional methods of winemaking, which focus on the soil, create dynamic eco-systems and allow the plants the time they need to reach their prime. Biodynamic practices lend themselves well to viticulture as there are many important overlaps from timing of picking grapes-which is said to have an impact on flavour and also features in the Biodynamic principles to the re-intoduction of other flora for bio-diversity and healthy soil.

Where traditionally wines would have been made in an organic and natural way, today’s wine often has little to do with this ancient process. Most wines add chemicals such as Sulfur dioxide to their wines as a preservative (that’s where the headache comes from!), and some add sugar (chaptalization) to the wine to off-set gapes which are slightly unripe- allowing for a higher alcohol level. Stabilisers such as acetaldehyde and dimethyl dicarbonate area also found in some wines-in fact according to the US Electronic Code of Federal Regulations there are over sixty approved additives which are allowed to be used in wine US production, the majority of which don’t need to be listed. It is no wonder that people have started to question what they are drinking and to seek out alternatives.

As far back as 2011 there was a subtle shift in how we drink our wine and the importance we place on quality and sustainability. This showed for example when chef René Redzepi of Noma in Copenhagen, which had just been crowned ‘best restaurant in the world’, decided to instead of serving a big name wine with it’s £300 natural and foraged menu, fascinatingly chose a bottle of natural wine from a vineyard in the Loire Valley which cost about £8 and was made without any chemicals, pesticides or preservatives.

Considering the awareness in the positivity of organic and natural approaches teamed with the celebration of the same by chefs and restaurants and more and more vineyards embracing this approach, perhaps at this point we can call it more than a trend but rather a gentle and gradual change in the wine industry. It is no wonder that winemaking seems to be going back to its roots, so to say. 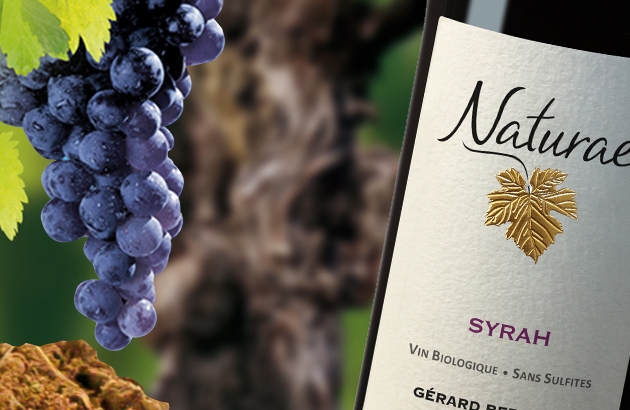 Profile: Naturae is a range of wine without added sulfite which offers particularly pure, generous and intense aromas. Each cuvée, whose composition is reduced to the essential, expresses the character and taste of the fruit and the terroir. This wine is born from the knowledge of Gérard Bertrand and his enologists, who have a unique expertise in sulfites-free winemaking. The wines are grown according to organic standards which requires a high quality of the grapes. Naturae is also a vegan range for consumers who reject animals exploitation.

Intense and fruity, Naturae will provide you a unique experience of the terroir while respecting the environment.

Grow you own wine:

Growing your own grapes is not an easy feat in our wet and changeable climate. The grape likes even temperatures, low moisture and a good amount of sunshine to flourish and fruit. I have however seen it grow beautifully in many Irish greenhouses and glasshouses and those lucky to have even a small one should definitely try their hand at growing this delicious fruit. Ideally, the plant likes to grow in deep well drained soil with a pH of about 6.5 to 7.0 and loves a mulch of well rotted farmyard manure in the frost years after planting. The best time of the year to plant them is late Autumn or early Spring (after the first frost) and you must ensure the plant has a good support system to grow over such as a pergola or archway. They can also be trained along wires on walls or along glasshouse beams. 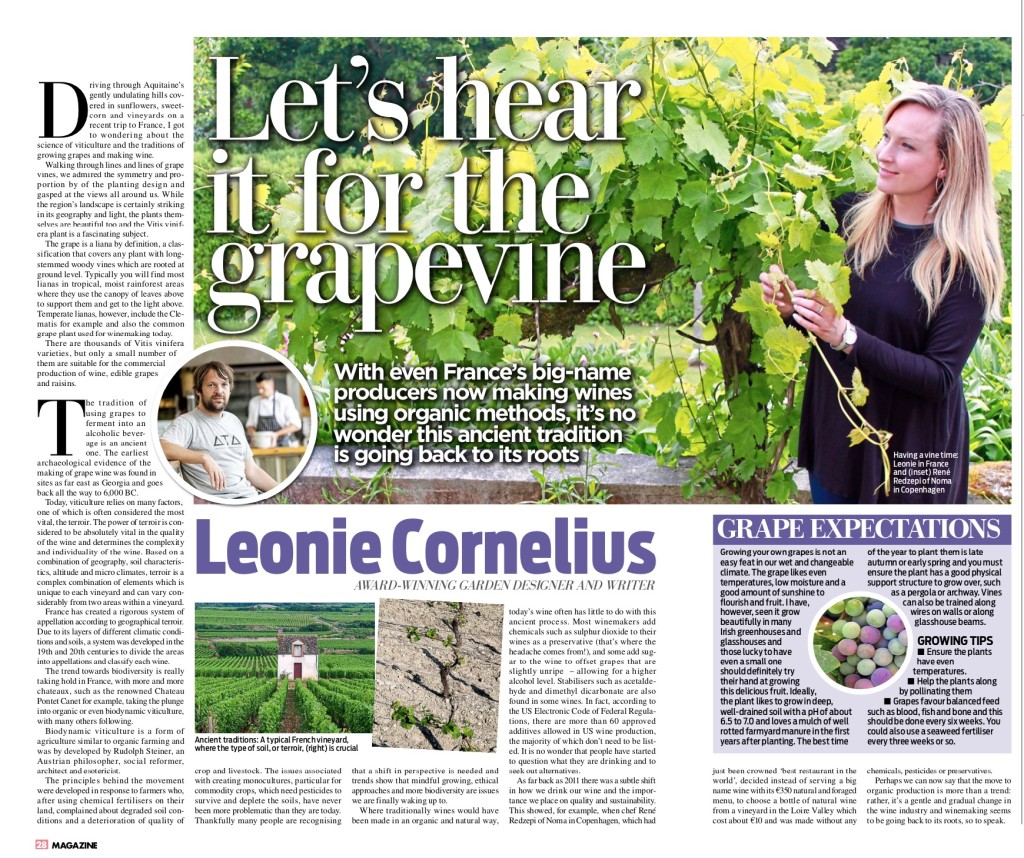 Precious Daisy -An ode to the humble flower

Winter Sunshine | Bring some Winter cheer to your border